The Duke and Duchess of Cambridge at a Gala Celebrating the 2012 Summer Olympics in London.

The complete itinerary for the Duke and Duchess of Cambridge’s upcoming Diamond Jubilee tour of Malaysia, Singapore, Tuvalu and the Solomon Islands was released this past week. In contrast to the 2011 tour of Canada, where the royal couple performed all public engagements together, the Duke and Duchess will separate for the afternoon of September 17 in the Solomon Islands.

During this time, William will present six gold Duke of Edinburgh Awards to high achieving students while Catherine attends a reception for Solomon Island women’s groups. The Duchess of Cambridge’s engagement with women’s organizations in the Solomon Islands has the potential to improve the status of women in this Commonwealth nation.

There have only been two previous official royal tours of the Solomon Islands. In 1974, the Queen and Prince Philip, accompanied by Princess Anne and her first husband Captain Mark Phillips visited the Islands as part of a Pacific tour. In October 1982, the Queen and Prince Philip made a subsequent visit aboard the royal yacht Britannia after attending the Commonwealth Games in Australia. The decommissioning of Britannia after Prince Charles’s visit to Hong Kong for the handover to China in 1997 resulted in fewer royal visits to the more remote, island nations within the Commonwealth. The publicity that will accompany the Duke and Duchess of Cambridge as they undertake a rare royal tour of the South Pacific will result in increased global awareness of the organizations and issues that they engage with during their travels. 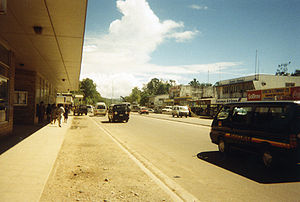 The main street of Honiara, the capital of the Solomon Islands

Women in the Solomon Islands current face numerous threats to their health, safety and well being. According to a 2011 report by Amnesty International, “‘Where is the Dignity in That?’ Women in Solomon Islands Slums Denied Sanitation and Safety” over one third of the 64,600 inhabitants of Honiara, the capital of the Solomon Islands, live in makeshift shanty towns without reliable access to clean water or sanitation facilities. Residents of these settlements either risk contracting illnesses from contaminated water or walk long distances to collect clean water. Women traveling through remote areas to reach clean water sources often face harassment and sexual assault.

In addition to the threats to health and safety created by living conditions in Honiara’s shanty towns, domestic violence is endemic in the Solomon Islands. According to a 2009 study by the Secretariat of the Pacific Community for the Ministry of Women, Youth & Children’s Affairs, 64 percent of women in the Solomon Islands between the ages of 15 and 49 have experienced domestic violence. In 2010, the government approved a national policy to eliminate violence against women. The Duchess of Cambridge’s engagement with local women’s groups will contribute to increasing awareness of the challenges faced by women in the Solomon Islands. 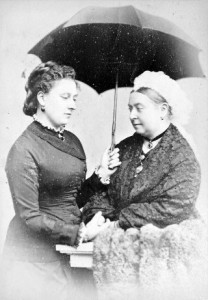 There are numerous past and present examples of royal women improving the lives of all women through their high profile activities, opinions and charitable patronage. When chloroform and ether were developed as childbirth anesthetics in the mid nineteenth century, the British clergy debated whether the use of these painkillers violated the biblical injunction that women should bear children in suffering. Queen Victoria’s decision to use what she described as “blessed chloroform” for the births of her two youngest children, Prince Leopold and Princess Beatrice, made the use of anesthesia in childbirth socially acceptable.

Queen Victoria’s daughters supported numerous organizations that improved the lives of ordinary women. After her marriage to Prince Louis of Hesse-Darmstadt, Princess Alice attempted to reduce the maternal mortality rate in the German Duchy by supporting charities devoted to improving the lives of mothers and children. Princess Helena improved career opportunities for women through her support of Florence Nightengale’s nursing reforms, and Princess Louise was a patron of the the Girls’ Public Day School Company, and the National Society for the Protection of Young Girls. In the 1930s, Queen Victoria’s granddaughter Princess Alice, Countess of Athlone, became the first member of royal family to publicly support women’s access to contraceptives and family planning. 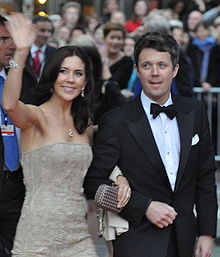 Royal involvement in women’s organizations continues to the present day. In March 2012, Crown Princess Mary of Denmark attended  the Second World Conference of Women’s Shelters in conjunction with her work with the Mary foundation, which assists victims of domestic violence. In April, Princess Basma Bint Saud Bin Abdulaziz, daughter of the late King Saud of Saudi Arabia detailed the five main changes necessary to improve the lives of Saudi women in an interview with the BBC including education reform and an overhaul of the constitution. In May, Cornell law school alumna, Princess Bajrakitiyabha Mahidol of Thailand, returned to her alma mater to endow a scholarship and raise awareness of women’s rights before the law including the situation of female prisoners and their children. The Duchess of Cambridge’s meeting with women’s groups in the Solomon Islands will be part of this trend of royal women seeking to improve the lives of all women.

The Duchess of Cambridge’s attendance at a reception to honour representatives of women’s groups in the Solomon Islands will increase global awareness of the challenges faced by women in this Commonwealth nation. The publicity surrounding the Duke and Duchess of Cambridge’s Diamond Jubilee tour of the South Pacific has the potential to increase the momentum of state and philanthropic initiatives to improve the lives of women in the Solomon Islands.