Throughout the month of October, one of the most significant news items concerning the monarchy was the controversy concerning Princes Charles’s letters. Between Sept 1, 2004 and April 1, 2005, the heir to the throne engaged in correspondence with the Departments for Business, Health, Education, Environment, Culture, Northern Ireland and the Cabinet Office. In 2005, the Guardian newspaper, which is often critical of the royal family, applied for access to these letters under the Freedom of Information Act. The Information Commissioner of the United Kingdom, Christopher Graham, decided not to order the release of the letters. The Freedom of Information Act was amended in 2010 to exempt Prince Charles from future requests for public access to his correspondence.

Last month, three judges from the of the Upper Tribunal of the Administrative Appeals Chamber overturned the Information Comissioner’s decision, arguing that there was an overwhelming public interest in Prince Charles’s relations with the British government. The Appeal prompted a rare veto by Dominic Grieve, the Attorney General for England and Wales, ensuring the continued privacy of Prince Charles’s political correspondence. 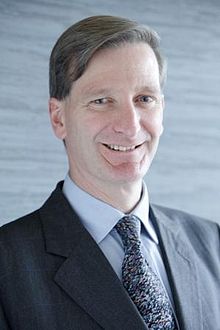 Grieve’s justification for the suppression of the Prince’s correspondence demonstrates the profound influence of Queen Elizabeth II’s  political impartiality on the public perception of constitutional monarchy. In his ten page summary of the reasons for overturning the decision made by the judges of the Appeals Chamber, Grieve stated that the political neutrality of the monarch is “a cornerstone of the UK’s constitutional framework.” Any evidence in the correspondence that Prince Charles is “disagreeing with government policy” would be “seriously damaging to his role as future monarch.”

Grieve’s justification for applying his veto to the release of the letters has been reprinted in British and Commonwealth newspapers with little analysis of how the political neutrality of the monarch came to be accepted as “a cornerstone of the UK’s constitutional framework.” In common with Queen Victoria, Queen Elizabeth II has reigned for more than sixty years and is the only monarch in living memory for the majority of people in the United Kingdom and Commonwealth. 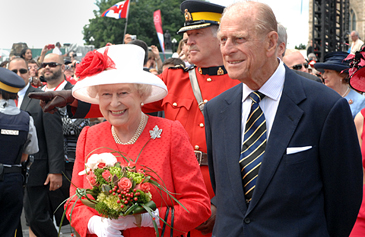 Since Elizabeth II has maintained a public image of strict political neutrality since ascending to the throne in 1952, the fact that she is the only monarch who has never been quoted as “disagreeing with government policy” has been largely forgotten. Both the Queen’s father, King George VI, and her grandfather, King George V were effective constitutional monarchs who were known to have held political opinions opposed to those of their governments. Public knowledge of these disagreements did not undermine their legitimacy as sovereigns. 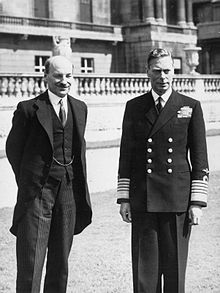 In 1945, Clement Attlee’s Labour party defeated Winston Churchill’s Conservatives in the general election. King George VI was not pleased with the election results, writing to Churchill, “I was shocked at the result.  . .I thought it most ungrateful to you personally after all your hard work for the people” (Quoted in Robert Lacey, Monarch: The Life and Reign of Elizabeth II, p. 143). The King nevertheless bowed to popular opinion and invited Attlee to form a government.

During his term as Prime Minister, which lasted until Churchill’s reelection, Attlee oversaw the introduction of the modern British welfare state including the National Health Service. King George VI’s skepticism of these new developments was well known. In 1951, he remarked to Hugh Gaitskell, the Chancellor of the Exchequer, “I don’t see why people should have false teeth free any more than they have shoes free,” (Quoted in Lacey, p. 143). Once again, the King overcame his personal views and granted royal assent to Attlee’s innovations in response to popular support for the Labour government and its policies. 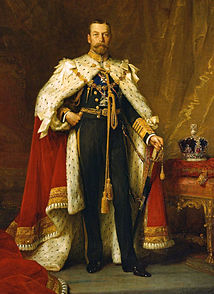 King George V at his coronation in 1911

King George V’s political opinions were even more opposed to those of his Prime Ministers than George VI’s views of Attlee’s election and policies. King George V was born in 1865. His upbringing, education and marriage all occurred during the reign of his grandmother, Queen Victoria but his own reign lasted from 1910 to 1936. George V was therefore a twentieth century King presiding over a period of unprecedented social and political change with political opinions that had been shaped by the Victorian era.

Like his grandmother, Queen Victoria, King George V opposed women’s suffrage but ultimately granted royal assent to the 1918 bill granting British women over thirty the right to vote. Although he opposed many of the Labour Party’s policies, he invited Ramsay MacDonald to form a government in 1923 when the results of the election made clear that this political change was the will of the British people. George V found qualities that he could admire in his new government, noting his diary, “I must say they all seem to very intelligent and they take things very seriously . . .They ought to be given a chance (Quoted in Miranda Carter, George, Nicholas and Wilhelm: Three Royal Cousins and the Road to World War I, p. 422-423).

King George V (right) with his cousin Emperor Nicholas II of Russia in 1913.

Despite this initial gracious approach to political change in the United Kingdom, relations between George V and MacDonald were not always harmonious. Perhaps the greatest ideological difference between King and Prime Minister was the Labour government’s decision to establish diplomatic links with the Soviet Union.

The King made a number of public gestures that demonstrated he did not personally acknowledge the legitimacy of the Soviet regime, which he held responsible for the murder of his cousin, Emperor Nicholas II, regardless of the stance of his government. The King refused to receive a Russian trade delegation in 1924 and was absent when the new Soviet ambassador attempted to present his credentials in 1929 (See Carter, p. 423).  Despite this obvious, public disagreement between the King and his government, George V maintained his legitimacy and popularity as a constitutional monarch.

The disagreements between George V, George VI, and their respective governments demonstrate that strict political neutrality by the sovereign is a recent development rather than a “cornerstone of the UK’s constitutional framework.” Both Elizabeth II’s father and grandfather were able to express their personal opinions provided that they accepted governments and legislation that reflected the will of the people. The precedents set by George V and George VI are crucial to understanding the full significance and implications of Prince Charles’s political correspondence.