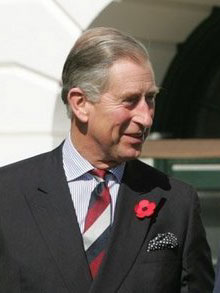 Buckingham Palace announced this week that the Prince of Wales will represent his mother, Queen Elizabeth II, at the Commonwealth Heads of Government Meeting (CHOGM) this fall in Colombo, Sri Lanka. The Queen is committed to her role as Head of the Commonwealth and has attended every one of these biennial meetings since 1971. The decision to send the Prince of Wales to Sri Lanka as the Queen’s representative in 2013 demonstrates that the 87 year old monarch is gradually reducing her overseas travel. In 2012, the Queen and the Duke of Edinburgh toured the United Kingdom in honour of the Diamond Jubilee while their children and grandchildren visited all the commonwealth realms to mark the occasion. The Prince of Wales’s representation of the Queen at the 2013 CHOGM is part of the broader pattern. Click here for my interview with Janet Davison of CBC about the significance of the Prince of Wales attending CHOGM on the Queen’s behalf. 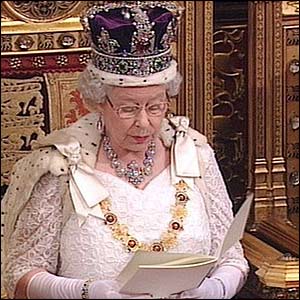 The Prince of Wales’s visit to Sri Lanka is also an example of the Queen carefully preparing her heir, and public opinion in both the United Kingdom and the Commonwealth realms, for a seamless transition between this reign and the next one. Queen Elizabeth, the Queen Mother lived to age of 101 and there is no reason to believe that the current Queen will not continue to reign for years to come but there is evidence that the Prince of Wales’s public role will continue to expand in the coming years in anticipation of his eventual ascension to the throne.

Today, May 8, the Prince of Wales accompanied the Queen to the State Opening of Parliament at Westminster with the Duchess of Cornwall, the first time he has attended this event in 17 years. While the attendance of the Prince and Princess of Wales at State Openings of Parliament in the 1980s received public attention because of Diana’s fashions, the 2013 event showcases Charles in his role as future King.

Although Prince Charles’s reputation has improved considerably in recent years with greater public interest in his philanthropic and environment initiatives, successive opinion polls demonstrate that his mother, the Queen, and his sons, Prince William and Prince Harry remain more popular with the general public in both the United Kingdom and Commonwealth. The Prince of Wales’s second marriage to the former Camilla Parker-Bowles, his willingness to express his political opinions publicly and his increasing age have all prompted concerns about his suitability to become King. Prince Charles’s presence at high profile events such as the 2013 CHOGM and the State Opening of Parliament are all opportunities to demonstrate to the public that he has the experience and stature to serve as Head of State for sixteen nations in the twenty-first century.

As a young Princess, the current Queen experienced a similar “apprenticeship” from her father, King George VI that showcased her ability to effectively reign as a constitutional monarch through public engagements, wartime service and commonwealth tours. As Prince William explained to Robert Hardman in the 2011 book, Our Queen, “Back then there was a different attitude toward women. Being a young lady at twenty-five – and stepping into a job which many men thought they could probably do better – it must have been very daunting. And I think there was extra pressure for her to perform.” 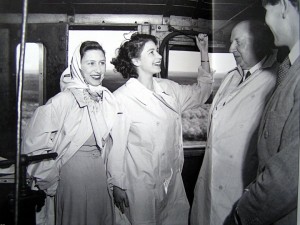 The future Queen Elizabeth II and her sister, Princess Margaret in South Africa in 1947

George VI ensured that his elder daughter had the necessary training to overcome any skepticism about her ability to fulfill her constitutional role. Beginning in 1939, the thirteen year old Princess studied the history and structure of the British political system with Henry Marten, the Vice Provost of Eton College. During the final year of the Second World War, Elizabeth served at the Mechanical Transport Training Centre run by the Auxiliary Transport Service.

Princess Elizabeth completed her first commonwealth tour with the King and Queen in South Africa in 1947 then represented her father in Canada in 1951 and Kenya in 1952. If King George VI had not died in 1952 at the comparatively young age of fifty-six, this period of apprenticeship would have continued for decades in the manner of the current Prince of Wales’s preparation for his eventual ascension.

The Prince of Wales’s attendance at the 2013 Commonwealth Heads of Government Meeting as the Queen’s representative is part of a broader program of public events that present him to the public in his role as future King. Charles’s recent Diamond Jubilee Commonwealth Tours and presence at the 2013 State Opening of Parliament all demonstrate that he has been carefully prepared for the role of future monarch and that the Queen is planning for a seamless transition between her reign and that of her eldest son.