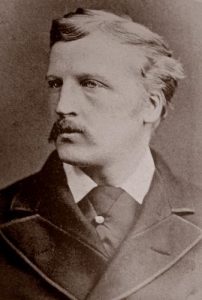 My latest article in the Historica Canada Canadian Encyclopedia is about the Marquess of Lorne, Governor General of Canada from 1878 to 1883.

As Governor General, Lorne founded the Royal Canadian Academy of Arts and the National Gallery of Canada and undertook extensive tours of western Canada, proposing the names Alberta and Lake Louise in honour of his wife, Princess Louise Caroline Alberta. Lorne’s patronage of Canadian artists set precedents for future Governors General and his books promoted Canadian landscapes, culture and history to a wide international audience.

Click here to read my article on John Douglas Sutherland Campbell, Marquess of Lorne in the Canadian Encyclopedia.

I have also written articles about the Marquess of Lorne’s wife, Princess Louise and mother-in-law, Queen Victoria in the Canadian Encyclopedia.