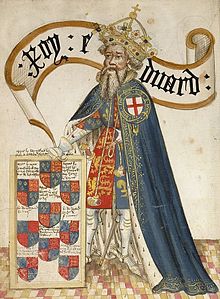 King Edward III, who reigned from 1327-1377. The descendants of his five sons fought against each other in the Wars of the Roses.

In my recent article for Medievalists.net, I discuss medieval royal parents who made decisions that continue to shape the lives of royal children today. From Edgar the Peaceable and Elfrida, who created a defined royal family in the public eye more than one thousand years ago to Henry III and Eleanor Provence who popularized Edward, Beatrice and Margaret as royal names to Edward III and Philippa of Hainault, whose son Edward, the Black Prince was the first heir to the throne to become Duke of Cornwall, aspects of medieval royal parenting continue to be influential for the royal family in the twenty-first century.

For more about royal parents through the centuries, pick up a copy of my new book, Raising Royalty: 1000 Years of Royal Parenting