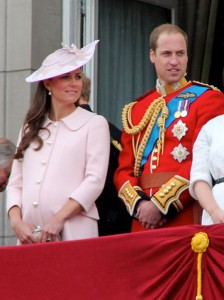 The Duke and Duchess of Cambridge in June, 2013

With days to go before the arrival of the Duke and Duchess of Cambridge’s 1st child, British based gaming companies are taking the last bets on what the name of the new Prince or Princess will be. According to Ladbrokes, the odds are 4-1 that the royal baby will be named Alexandra, 6-1 that Victoria or Charlotte will be chosen and 10-1 that the child will be a Prince named George. Other popular choices for a boy include James, Philip and Alexander with 20-1 odds.

In the past few decades, British royal parents have chosen names for their children that have precedents within the royal family, a trend recognized by the current betting odds. Recent choices for royal babies, however, include the names of obscure royalty, foreign monarchs and King and Queens from dynasties that reigned centuries ago, including names that have not made the list of favourites.

Queen Elizabeth II chose Charles and Anne as names for her two eldest children, which were common for royalty when the Stuart dynasty reigned over England and Scotland in the seventeenth century but went out of fashion when the Hanover line succeeded to the throne in 1714. The Duke and Duchess of York chose Beatrice and Eugenie as names for their daughters, honouring Queen Victoria’s youngest daughter and Napoleon III’s consort respectively. With these precedents, it’s entirely possible that William and Kate might take the public and the bookies by surprise and choose a name with a royal pedigree that hasn’t made the betting lists.

Here are some possibilities: 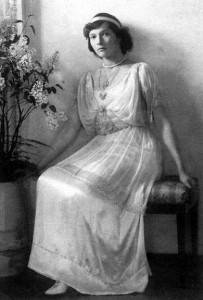 Tatiana: Both the Duke of Edinburgh’s father and mother had a cousin Tatiana. Prince Philip’s paternal grandmother, Queen Olga of Greece was born Grand Duchess Olga Konstantinova of Russia and her brother, Grand Duke Konstantin named his oldest daughter Tatiana Konstantinovna. Philip’s mother, Princess Alice of Battenberg was a niece of the last Czar and Czarina of Russia, Nicholas II and Alexandra, who named their second daughter, Tatiana Nikolayevna. Tatiana has remained a popular name in the Mountbatten family for the past century. The Duke of Edinburgh’s uncle, George Mountbatten, 2nd Marquess of Milford Haven named his only daughter Tatiana in 1917 and the current Marquess, also named George Mountbatten, named his daughter, Tatiana in 1990.

Adelaide: A previous Princess of Cambridge was King George V’s mother-in-law, Princess Mary Adelaide. The name entered the British royal family with the marriage of the future King William IV to Princess Adelaide of Saxe-Meningen, who was queen consort from 1830 to 1837. While King William was a controversial King because of the less than courtly manners he acquired serving in the Royal Navy as a young man, Adelaide was a popular queen consort. Although she did not have any surviving children of her own, Queen Adelaide took a close interest in her niece, Queen Victoria, who remembered her fondly. 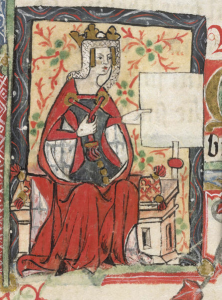 Matilda or Maude: If William and Kate’s child is a daughter, she will retain her place in the line of succession regardless of the gender of her younger siblings. The first woman to fight for her right to succeed to the English throne was King Henry I’s only daughter, Matilda, whose named is also translated as Maude. Matilda battled her cousin, King Stephen, for the English throne and briefly held power in 1141. The conflict ultimately ended with Stephen acknowledged Matilda’s son, the future Henry II as his successor. The name has appeared more recently in the royal family. One of the middle names of Queen Victoria’s daughter Alice – Prince Philip’s great-grandmother – was Maud.

David: After spending months of their marriage living in Angelsey, Wales while William worked as a Search and Rescue pilot, it’s possible that the royal couple might consider the name of Wales’ patron saint for a baby prince. In addition to medieval Welsh princes from the House of Gwynedd, there are a number of Davids within the current royal family tree. The late Princess Margaret’s son is David, Viscount Linley and Prince Philip’s late first cousin and best man was David Mountbatten, the 3rd Marquess of Milford Haven. Edward VIII’s use of his middle name, David, within his famly, however, may work against this name being chosen for a future monarch.

Peter: There have been bets placed on Michael as a possible name for the royal baby because of Kate’s father, Michael Middleton and the Queen’s cousin, Prince Michael of Kent. Another possibility that is both a name from Kate’s family and a royal name is Peter. Kate’s late grandfather, Peter Middleton, served in the Royal Air Force during the Second World War, training in Canada. While there have not been any Prince Peters in the royal houses of England, Wales or Scotland (though Princess Anne’s son is named Peter), the name has been used by the ruling families of Russia and the Balkans. Like “Eugenie,” it’s possible that Peter might become a foreign royal name given to a member of the British royal family.