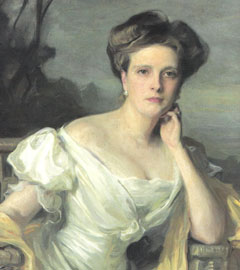 My latest interview on the history of royal baby names, “Alice’ and ‘Arthur’ lead the pack as Royal baby name game heats up at U.K. bookmakers” is in the National Post. There is widespread speculation that the royal baby will be a girl. Both of the names favoured by the British bookmakers, Alice and Charlotte have royal antecedents. Queen Victoria’s second daughter was Princess Alice of Hesse-Darmstadt and her great-granddaughter was Princess Alice of Battenberg, the mother of Prince Philip. One of Queen Victoria’s granddaughters, Princess Alice, Countess of Athlone was the consort of the Governor General of Canada during the Second World War.

Click here to read Alice’ and ‘Arthur’ lead the pack as Royal baby name game heats up at U.K. bookmakers