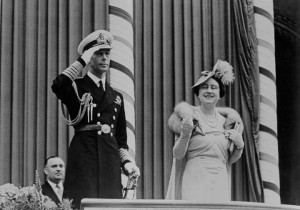 My latest article in the Canadian Encyclopedia discusses the 1939 Royal Tour of Canada by King George VI and Queen Elizabeth. The 1939 royal tour by King George VI and Queen Elizabeth was the first time a reigning Canadian monarch had stepped foot in this country. It was the most successful royal tour in Canadian history, with enormous crowds greeting the royal couple as they crossed the country by train. The tour, which included a four-day visit to the United States, also reinforced critical Anglo-Canadian and Anglo-American relations on the eve of the Second World War.