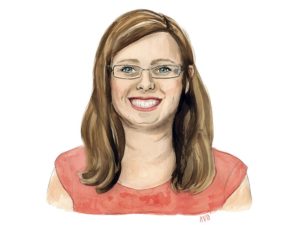 Dr. Carolyn Harris is a historian, author and royal commentator based in Toronto, Ontario, Canada. She is an instructor in history at the University of Toronto, School of Continuing Studies. She is the author of Magna Carta and Its Gifts to Canada: Democracy, Law, and Human Rights (Dundurn Press 2015) and Queenship and Revolution in Early Modern Europe: Henrietta Maria and Marie Antoinette (Palgrave Macmillan 2015). Her 3rd book, Raising Royalty: 1000 Years of Royal Parenting was published by Dundurn Press in 2017. She is a co-editor of the English Consorts, Power, Influence, Dynasty series, which will be published by Palgrave Macmillan in 2022 and the proofreading editor of The Royal Studies Journal.

Carolyn completed her PhD in history at Queen’s University at Kingston, Canada in May, 2012 with part of her doctorate at Birkbeck College, University of London in 2009 as a visiting overseas research student. She was a SSHRC master’s and doctoral fellow and a recipient of the SSHRC foreign study supplement.

Carolyn is a prolific guest lecturer on land, at sea and online. She has delivered talks on royal history for numerous museums, libraries, universities, retirement residences, and educational organizations. Carolyn also contributes to cruise ship enrichment programs and has lectured onboard cruise ships sailing to the Caribbean, Southeast Asia, South America, Scandinavia and St. Petersburg and the UK and Western Europe.

Carolyn is available to give talks and interviews about all aspects of royal history. She is also available as a historical consultant, researcher, presenter or contributor to television, radio, print and online media.