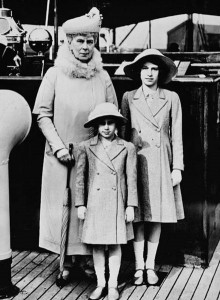 My latest interview for CBC.ca discusses “The risks and rewards of being ‘the spare’ to the throne.” For recent “spares” such as Princess Margaret, Prince Andrew and Prince Harry, there has been the challenge of carving out a meaningful role in public life. Both Andrew and Harry experienced success in their military careers but Andrew has faced criticism since leaving the military and there is speculation that Harry may face challenges finding a new role once he finishes his secondment with the Australian forces.

For the Queen’s younger sister, Princess Margaret, life as “the spare” initially seemed glamorous but she was discouraged from marrying the man she loved and, like Prince Andrew, was criticized for her travel and spending. Before the current reign, however, “the spare” had a good chance of succeeding to the throne. George VI, George V, Charles I and Henry VIII were all second sons while Elizabeth I and Queen Anne were second daughters. There have been other monarchs were born even further down the line of succession. Henry I, King John and Richard III were all fourth surviving sons and Queen Victoria was the daughter of King George III’s fourth son.

Click here to read “Royal Baby 2: The risks and rewards of being ‘the spare’ to the throne”