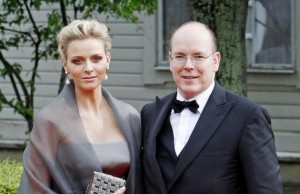 Albert and Charlene, Prince and Princess of Monaco are both former Olympic athletes. Albert was a member of Monaco's bobsled team while Charlene swam for South Africa.

As the 2012 London Summer Olympics come to a close today, it is worth having a look at the experiences of royal and princely athletes who competed at the Olympic level in sports considered unconventional for Princes and Princesses. As I have discussed in previous posts, the vast majority of royal participants in the Modern Olympic games have competed in equestrian and sailing events or contributed to the governance of the games as members of the International Olympic Committee. Nevertheless, there are royal athletes who have chosen in compete in a wide variety of sports, raising the profile of events from bobsledding to skeet shooting. 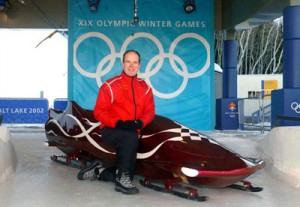 Prince Albert of Monaco poses with a bobsled in Salt Lake City, his most recent Olympic Games.

The most famous couple among Olympic athletes from royal or princely houses are Prince Albert II and Princess Charlene of Monaco. Albert competed as a member of Monaco’s bobsled team in five successive Winter Olympic Games: Calgary in 1988, Albertville in 1992, Lillehammer in 1994, Nagano in 1998 and Salt Lake City in 2002. In contrast to the royalty who participated in equestrian and sailing events at the Summer Olympics, Albert’s participation in Olympic bobsledding attracted mixed reactions both within his native Monaco and around the world.

Albert explained to Nikki Stone, an American athlete who won gold in inverted aerial skiing in at the Nagano Games, “I think my bobsledding surprised many people – or “troubled many people” may be a more appropriate phase. I know most everyone envisioned me sitting on a royal throne rather than in the driver’s seat of an Olympic bobsled. Quite frankly, those closest to me were likely more comfortable with that “royal” picture as well (Stone, When Turtles Fly: Secrets of Successful People Who Know How To Stick Their Necks Out).” 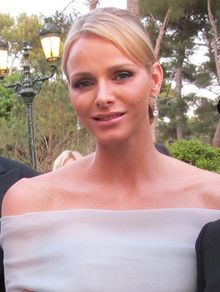 During all five Winter Games, Albert insisted on staying in the Olympic village with his fellow athletes, explaining to ESPN journalist Jim Caple in Salt Lake City, “I think it’s a must. It’s part of the Olympic experience. Those who aren’t staying there are missing an important part of the experience.” Albert met his wife, Charlene Wittstock, through his involvement in the Olympics as a member of the IOC. Charlene finished in 5th-place as part of the South African 400 medley relay team in swimming at the 2000 Summer Olympics in Sydney. The couple made their first public appearance at the Opening Ceremonies of the 2006 Winter Olympic Games in Turin and were married in 2011.

The Prince and Princess of Monaco are part of a long tradition of members of royal and princely houses and their future consorts participating in a broad range of Olympic events. During the 1900 Paris Olympics there were two participants in the golf tournaments with existing or future royal connections. Daria Pratt, who received the bronze medal for the United States in the women’s golf tournament, married her third husband, Prince Alexis Karageorgevich of Serbia in 1913. Pratt’s daughter from her first marriage, Harriet Wright, married, Count Alexander Mercati, a childhood friend of King Constantine I of Greece and participant in the 1900 men’s golf tournament. Golf was removed from the schedule of Olympic sports after 1904 but will be reinstated for the 2016 Olympic Games in Rio de Janeiro. Since professional golfers will be permitted to participate in 2016, it is unlikely that modern royal recreational golfers such as Andrew, Duke of York, will compete.

The shooting events have been popular with members of the ruling family of Dubai, one of the United Arab Emirates. Sheikh Ahmad bin Mohammad bin Hasher Al Maktoum competed in the 2000, 2004 and 2008 Summer Games, winning the gold medal in men’s double trap shooting in Athens in 2004. Sheikh Saeed bin Rashid Al-Maktoum was the flag bearer for the United Arab Emirates in the 2012 Olympic Games in London, participating in the Men’s Skeet Shooting this year as he has done at three previous Summer Olympic Games.

Royal participation in the Olympic Games is not confined to equestrian and sailing events. Members of royal and princely houses and their future consorts have participated in a diverse range of sports including bobsledding, golf, shooting and skiing, raising the profile of a broad range of Olympic sports.