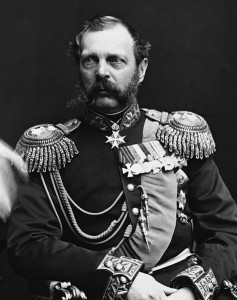 As you watch the opening ceremonies of the Winter Olympic Games in Sochi today, it is worth reflecting on the troubled history of the Caucasus region. My article in today’s edition of Smithsonian Magazine looks at Czar Alexander II’s decision to expel the Circassian people from Sochi and the surrounding region in 1864. This rapid expulsion resulted in the deaths of more than 600,000 people. Today, Alexander II is famous for abolishing serfdom in 1861 and his treatment of the Circassian people is comparatively little known. The expulsion of the Circassians and the abolition of serfdom both reflected the Czar’s preoccupation with the stability of the Russian Empire. Alexander II spent his entire reign attempting to stabilize Russia before falling victim to a terrorist bomb in 1881.

Click here to read the full article “150 Years Ago Sochi Was The Site of a Horrific Ethnic Cleansing” in Smithsonian Magazine.

I also wrote about the history of Sochi in the Ottawa Citizen. Click here to read “Sochi’s Bloody History.”

Interested in learning more about Czar Alexander II and the expulsion of the Circassian people from Sochi? Here are some of the books I consulted while researching my articles on Sochi:

Amjad Jaimoukha, The Circassians: A Handbook (Caucasus World: Peoples of the Caucasus), (2001).

W. Bruce Lincoln, The Romanovs: Autocrats of All the Russians (1983).