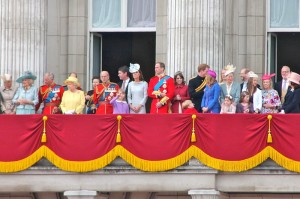 I am quoted in Patricia Treble’s article “Why a large family makes sense for the royals” in Maclean’s Magazine. Despite falling birth rates in much of Europe, European royal couples continue to have two, three or four children. When the public thinks of a royal family, they think of a large  extended family as demonstrated by the iconic photographs of the Queen and her relatives on the Buckingham Palace balcony following Trooping the Colour each year.