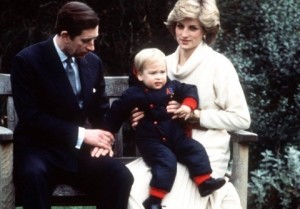 The Prince and Princess of Wales with the young Prince William

When Prince William was born in 1982, the press observed that Prince Charles and Diana, Princess of Wales seemed determined to change recent trends in royal parenting. Charles was present in the hospital delivery room throughout Diana’s difficult sixteen hour labour. Although the royal couple employed nannies, they both participated in nursery activities, bathing and feeding their new baby.

When William reached school age, his parents enrolled him at the Wetherby School in Notting Hill, allowing him to meet other children from different backgrounds at a young age. Most significantly, Charles and Diana accepted Australia Prime Minister Malcolm Fraser’s suggestion that the nine month old William accompany them on their six week tour of Australia and New Zealand in 1983. In contrast to Prince Charles and his mother, the future Queen Elizabeth II, who spent protracted periods of time in the care of their grandparents and nannies while their parents undertook commonwealth tours, William traveled to Australia with his parents. The baby Prince stayed on a sheep farm in New South Wales with his nanny, receiving visits from his parents every few days instead of experiencing the long separation from his parents experienced by his father and grandmother. 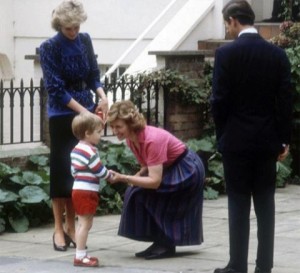 All these innovations in royal parenting were the focus of intense public interest. The press in the 1980s was correct to observe that Prince William was being raised differently than his immediate predecessors. The majority of reporters, however, perpetuated two significant misconceptions about the young Prince’s childhood. Diana was assumed to be the sole influence over the modernization of William’s upbringing and the changes she introduced had never occurred in the royal household before.

While Charles’s close relationship with his sons has come to the public attention since Diana’s death in 1997, his presence in the delivery room and the inclusion of William on the 1983 Australian tour are still described as “unprecedented.” Charles’s and Diana’s approach to child-rearing instead bore a close resemblance to the innovations introduced by Queen Victoria and Prince Albert during the nineteenth century, which continued until the outbreak of the First World War. 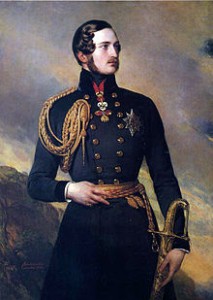 Portrait of Queen Victoria's consort, Prince Albert of Saxe-Coburg-Gotha, in 1842.

Contrary to popular belief, Prince Charles was not the first royal father to be present in the delivery room when his children were born. When Queen Victoria went into labour with her first child, Princess Victoria, in 1840, Prince Albert was by her side. The Queen recorded in her journal, “Just before the early hours of the morning of the 21st I felt again very uncomfortable & with difficulty aroused Albert . . .Tried to get to sleep again, but by 4, I got very bad & both the Doctors arrived. My beloved Albert was so dear and kind. . . Dearest Albert hardly left me at all, & was the greatest support and comfort (Reprinted in Hannah Pakula, An Uncommon Woman, p. 27-28). Prince Albert’s presence in the delivery room was unusual for a member of the nineteenth century British aristocracy and was widely attributed to his German background.

Queen Victoria and Prince Albert were the first British royal couple to take family holidays together with their children. Postcards showing the royal family together at Balmoral in Scottish tartans or enjoying the seaside near Osborne House on the Isle of Wight were sold throughout the British Isles, reinforcing the public perception that the Queen and Prince Albert shared British middle class domestic values including close involvement in the education and leisure activities of their children. 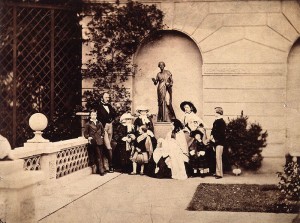 During Queen Victoria’s reign (1837-1901), overseas visits were comparatively rare and usually undertaken by male members of the royal family alone, leaving royal mothers to remain closely involved in the upbringing of their children. The first British Princess to cross the Atlantic with her husband, Queen Victoria’s fourth daughter Princess Louise, was childless and therefore did not have to balance her responsibilities as Vice Regal Consort of Canada with motherhood.

Visits by members of the British royal family to Europe’s royal courts took place much more frequently than overseas visits in the nineteenth century and were often family affairs. When Queen Victoria and Prince Albert visited Emperor Napoleon III and Empress Eugenie of France in 1855, they brought their two eldest children, fourteen year old Princess Victoria and thirteen year old Prince Albert Edward. The children greatly enjoyed their time in Paris and the special attention they received from the French Imperial couple. Queen Victoria recorded in her journal, “The Emperor kindly took Bertie out in his curricle, which he drove himself . . .and drove him about Paris (Reprinted in Giles St. Aubyn, Edward VII, Prince and King, p. 37).” 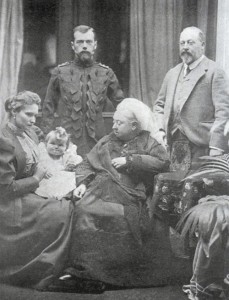 As the nineteenth century progressed and the royal marriages of Queen Victoria’s children and grandchildren created close ties between Europe’s royal houses, the difference between a state visit and family visit with all the children was present was often imperceptible. When Queen Victoria’s granddaughter Alexandra of Hesse and her husband Emperor Nicholas II of Russia planned their 1896 coronation tour of Europe, the Queen regarded the visit as an opportunity to meet her ten month old great-granddaughter, Olga.

Nicholas did not look forward to the prospect of undertaking an exhausting European tour with his young child. He wrote to his brother, Grand Duke Georgy, “This year seems to be a year of hard labour with Alix and me as the martyrs: Moscow in the Spring, and now soon all these intolerable foreign visits. First of all we are going to Austria, then Kiev, Germany, Denmark, England, France and finally Darmstadt . . .On top of it, we shall have to drag our poor little daughter with us, as all the relatives want to see her. I can imagine what the French will get up to in Paris – maybe they really will rename her Napoleondra, or something like it! (Translated and Reprinted in Maylunas and Mironenko, A Lifelong Passion, p. 151).

Nearly ninety years before Prince William visited Australia with his parents, the infant Grand Duchess Olga became a European celebrity as part of Nicholas II’s coronation tour. Royal children continued to accompany their parents on state visits until the First World War, which disrupted the close family links between Europe’s royal houses. The parenting innovations introduced by Diana, Princess of Wales in the 1980s were not unprecedented but instead mirrored the values of Queen Victoria and Prince Albert who included their children in holidays and state visits alike. The modern royal family has revived the domestic atmosphere of the nineteenth century, facilitating close relationships between royal parents and children.

2 thoughts on “Diana, Princess of Wales and the Monarchy Part 4: The Public Perception of Royal Parenting”