King Louis XIV of France is remembered as Europe’s longest reining monarch, an absolutist ruler who exerted his will over the nobility and presided over a glittering court at Versailles. The King’s contributions to the history of ballet are less well known. Like his father, Louis XIII, Louis XIV performed in court ballets, ultimately dancing eighty roles in forty different court productions. The King took this activity seriously, sometimes rehearsing six hours a day before a performance. The orderly precision of the dance appealed to Louis, who spent his part of his childhood amidst the Fronde rebellion of the nobility. Ballet performances emphasized the strict hierarchy of the court, with the Sun King presiding over noble fellow performers organized according to their rank. 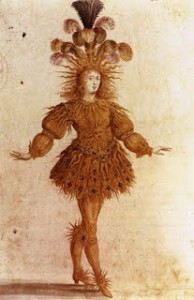 When the King stopped performing in middle age, he continued to support the development of the ballet as an art form, founding a theatre school in 1669 that trained both male and female dancers for the stage. While noblewomen had participated in court performances throughout the seventeenth century, Louis XIV’s theatre school gave ordinary women a chance at social advancement as ballerinas. In Ballerina: Sex, Scandal, and Suffering Behind the Symbol of Perfection, journalist and dance critic Deirdre Kelly chronicles the fascinating double life of the ballerina, personifying perfection on the stage and facing poverty, exploitation and unsafe working conditions behind the curtain.

In the late eighteenth and nineteenth centuries, most of the young women who joined the French ballet came from the opposite end of the social spectrum than the monarch. Many were the children of single mothers in Paris’s poorest neighbourhoods, who viewed the ballet as a chance at social advancement that would lift themselves and their families out of poverty. 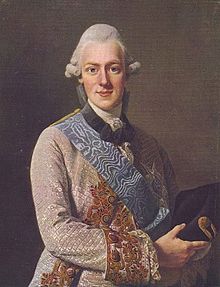 Since the ballet itself paid most dancers too little to cover their lavish costumes and other expenses, most acquired wealthy patrons and the most successful became mistresses of royalty. Philippe d’Orleans, regent to Louis XIV’s great-grandson and successor, Louis XV had an affair with Emilie Dupré, a ballerina with peasant origins. Sophie Hagman, a dancer in the Royal Swedish ballet, began her life as the daughter of a gamekeeper but eventually became the official mistress of Prince Frederick Adolf of Sweden. Kelly provides countless other examples of women from humble origins who used the role of the ballerina-courtesan to rise to the pinnacle of high society.

One of the most fascinating aspects of Kelly`s work is how the life of a ballerina was often opposed to the prevailing trends regarding women`s place in society. In the late eighteenth century, when women were supposed to be subordinate to their husbands and fathers, dancers and singers employed by the Paris Opera were legally emancipated from their authority of the parents and spouses.

In the nineteenth century, when women were idealized as paragons of domestic virtue, ballerinas were subject to the advances of men who paid for access to the backstage areas of theatres. When women gained rights in most workplaces during the 1960s and 1970s, ballerinas working for the autocratic artistic director George Balanchine were discouraged from marrying, having children or maintaining a healthy weight. Only in the late 20th and 21st centuries did ballerinas negotiate better working conditions and gained public respect as athletes as well as artists.

Kelly’s account of the 18th and 19th century French ballet and the modern struggle for better working conditions within the ballet is well researched and engagingly written. The chapter concerning the Imperial Russian ballet, however, contains some surprising historical inaccuracies and omissions. Kelly implies that Mathilde Kschessinska, one of the last royal ballerina-courtesans was the lifelong mistress of Emperor Nicholas II when there is no evidence of physical relationship after the ruler’s ascension to the throne and marriage to Alexandra of Hesse in 1894. Kelly also reprints a few anecdotes from Kschessinska’s problematic memoirs, Dancing in St. Petersburg that have been proven false by historians, most notably Coryne Hall in Imperial Dancer.

Since Kelly presents the ballerina courtesan as a consummate survivor, I was surprised by the absence of Antonina Nesterovskaya from her narrative. This former Imperial Russian ballet dancer successfully negotiated the release of her husband Prince Gabriel Konstantinovich from imprisonment during the Russian Revolution by arguing that only a Prince who had accepted socialism would have legally married a humble ballerina. Nesterovskaya’s brave actions and the couple’s escape to Paris is told in Gabriel’s memoirs, Memories in The Marble Palace.

Ballerina: Sex, Scandal, and Suffering Behind the Symbol of Perfection is an engaging history of the life of the ballerina from King Louis XIV’s court to the modern workplace negotiation table. The life of ballerina was often very different from the perfect grace displayed on the stage or the expectations faced by the women in audience. Kelly presents the ballerina as a survivor, finding opportunities for social advancement and artistic perfection within the most difficult conditions.