The Duke of Cambridge

1) The Duke of Cambridge (Prince William) celebrated his 32nd birthday today, his first since the birth of his son, Prince George of Cambridge. Media outlets in the UK and Canada reported that the second-in-line to the throne received an expensive helicopter from the Queen as a birthday present.

The History: There are number of issues with articles such as the CBC’s “Prince William gets $11M helicopter from Queen on his birthday.” Due to the timing of the helicopter lease and William’s past experience as a Search and Rescue Pilot, the acquisition has been presented as a private “birthday present” from the Queen to her grandson. The helicopter has in fact been leased to assist a number of members of the royal family with their duties. Royal transport acquisitions often prompt popular controversy because their perceived expense to the taxpayer but income for equipment that helps members of the royal family carry out their duties comes from a separate Sovereign Grant. 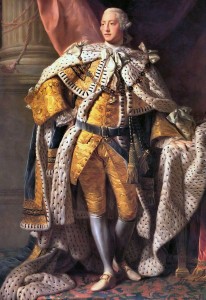 In 1760, King George III placed the Crown Lands under the administration of his government, with the exception of the Duchy of Lancaster, which provides for the sovereign’s personal expenses and the Duchy of Cornwall, which provides the income for the heir to the throne. George III’s government returned a portion of the income from the Crown Lands to the KIng to cover the expenses incurred by royal duties. This arrangement is the origin of the Civil List, which governed the monarch’s working expenses until the Sovereign Grant Act of 2011.

For more of my writing on royal finances, see my 2013 article for Bloomberg View, “How Big an Inheritance Awaits Kate and William’s Baby?”

Archduke Franz Ferdinand his wife Sophie and their three children.

2) June 28 is the 100th anniversary of the Assassination of Archduke Franz Ferdinand, heir to the Austro-Hungarian Empire, and his wife Sophie, Duchess of Hohenberg in Sarajevo. This event which contributed to the outbreak of the First World War.

The History: On June 28, 1914, Archduke Franz Ferdinand, heir to the Austro-Hungarian Empire and his wife Sophie were assassinated by Serbian nationalist Gavrilo Princip in Sarajevo. This event was one of the catalysts for the First World War yet the victims of the assassination are little known today beyond the circumstances of their deaths.

There are numerous reasons for the comparative obscurity of Franz Ferdinand and Sophie as historical figures. The political entity that they represented, the Austro-Hungarian Empire, collapsed during the First World War. In contrast to the 1963 Kennedy assassination and the murder of Russia’s last Imperial family in 1918, there were no mysteries about the perpetrators or possible survivors respectively to capture the popular imagination. Most significantly, the public has little sense of who Franz Ferdinand and Sophie were as people because they usually appear in the history books just in time for their assassination. 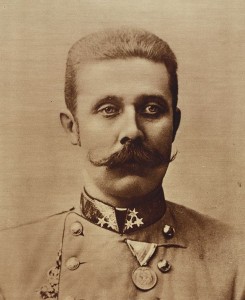 New books commemorating the centenary of the First World War are bringing Franz Ferdinand and his family out of the shadows. The War That Ended Peace by Margaret Macmillan discusses Franz Ferdinand’s hopes for achieving peace in Europe. His assassination eliminated a key political figure that might have steered Austria-Hungary toward a more moderate course. The most recent biography of Franz Ferdinand and Sophie, The Assassination of the Archduke by Greg King and Sue Woolmans presents Franz Ferdinand as a romantic determined to marry Sophie against the wishes of the court and a political visionary, who hoped to recreate the Hapsburg Empire as a federation of equal states, inspired by his travels across North America. The centenary of WWI is  bringing the lives of Franz Ferdinand, Sophie and their children out of the shadows revealing their full historical significance beyond the 1914 assassination.