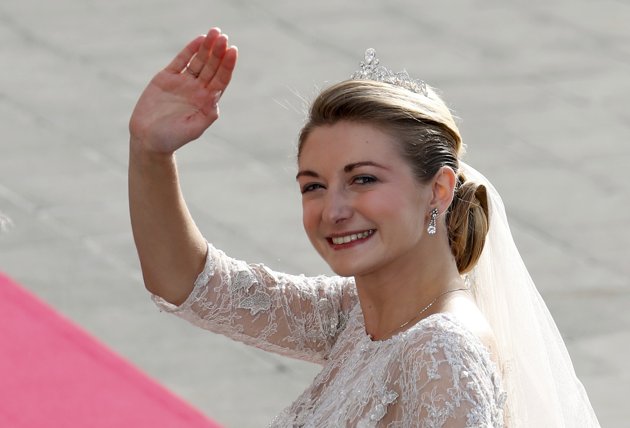 This weekend, Luxembourg is celebrating the wedding of the heir to the world’s only Grand Duchy, hereditary Grand Duke Guillaume to Countess Stephine de Lannoy of Belgium. The civil ceremony took place on October 19 and the religious ceremony and gala dinner occurred on October 20. The wedding is largest gathering of royalty in 2012 with Kings, Queens, Princes and Princesses from around the world attending the festivities. Queen Elizabeth II is represented by her youngest son and daughter-in-law, the Earl and Countess of Wessex, who also attended the wedding of Crown Princess Victoria of Sweden and Daniel Westling in 2010. 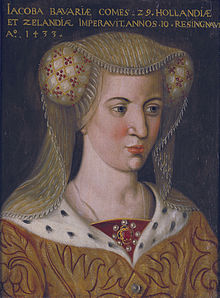 Jacqueline, Countess of Hainaut, the last of the medieval Wittlesbach rulers of the region.

The new hereditary Grand Duchess of Luxembourg is a member of the Belgian nobility. Her ancestry has attracted a great deal of media attention because of its historical significance and the comparative rarity of marriages between European royalty and members of the titled nobility in the twenty-first century. The House of Lannoy is descended from the Counts of Hainaut, who controlled a strategic coastal region that overlaps with modern day Belgium. Hainaut’s prosperity and proximity to the British Isles, France and the Holy Roman Empire allowed the ruling house of Hainaut to make royal marriages.

In 1328, King Edward III of England married Phillipa of Hainaut. Philippa’s father, Count William I had assisted Edward’s mother, Queen Isabella in her campaign to depose her husband, Edward II, and place her son on the English throne. Marriages between members of royal houses and the ruling nobility were common throughout the Middle Ages as royalty sought strategic regional allies in a decentralized Europe and ruling counts or grand dukes sought to maintain their autonomy through alliances with their powerful neighbours.

Hainalt maintained its independence until the death of Countess Jacqueline of Wittesbach in 1433 and the acquisition of the region by the Duchy of Burgundy, which became part of the Holy Roman Empire with the marriage of Mary, Duchess of Burgundy to the future Emperor Maximilian in 1477. The absorption of Hainaut into larger entities was part of a larger process of state centralization in Europe that continued until the nineteenth century. As Europe’s royal houses gained territory and power in the early modern period, marriages between royalty and nobility became less desirable and union between royal houses more common.

Despite the increasing rarity of marriages between royalty and nobility in the sixteenth and seventeenth centuries, Stephanie de Lannoy’s ancestors prospered under the rule of the Hapsburg Holy Roman Emperors. Charles de Lannoy commanded the Imperial army against French forces at the Battle of Pavia in 1525, which resulted in the capture of King Francois I. For his services to the Holy Roman Empire, Charles de Lannoy received the Imperial title of Count, which was inherited by his descendants. Count Lamoral de Linge, the ancestor of Stephanie’s paternal grandmother, Princess Beatrice de Ligne, received the title of Prince in 1601 from Emperor Rudolf II for his services as a diplomat. 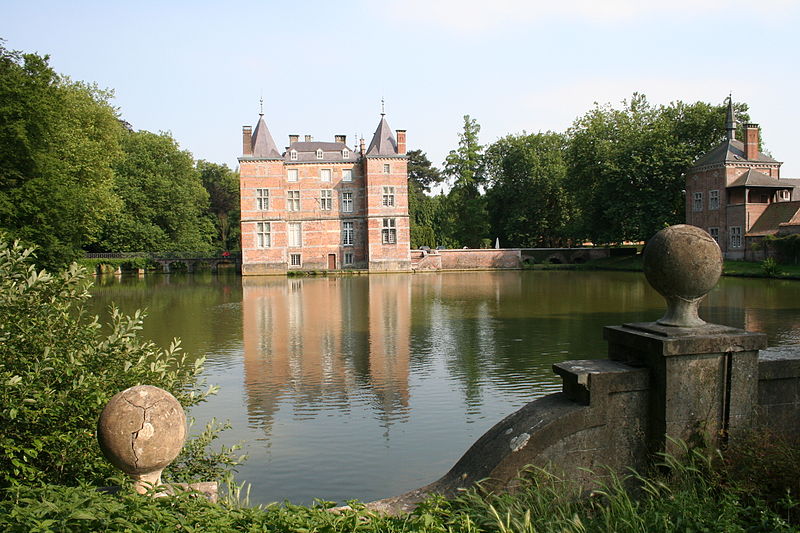 The Lannoy chateau in Anvaing

When Belgium gained its independence in the early nineteenth century, Stephanie’s Lannoy ancestors became burgomasters of the Walloon municipality of Frasnes-lez-Anvaing, where the family chateau is located, wielding local influence to the present day.

In the twentieth century, royal marriage trends experienced the most significant change since the consolidation of European states in the early modern period. With the collapse of the Russian, German and Austrian ruling dynasties during the First World War and increased popular opposition to foreign royal marriages, members of the European nobility once again intermarried with royalty in large numbers. In the United Kingdom, the 1923 wedding of the future George VI to Lady Elizabeth Bowes-Lyon and the 1981 wedding of Prince Charles to Lady Diana Spencer were part of this twentieth century shift in royal marriage partners. The last wedding between two members of Europe’s royal houses occurred in 1982 when Prince Nikolaus of Liechtenstein married Princess Margaretha of Luxembourg. 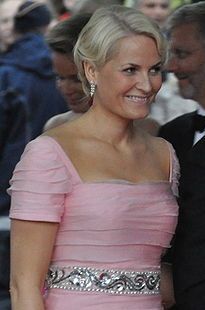 In the twenty-first century, royal marriage trends shifted once again to become broadly inclusive of partners from a diverse range of backgrounds. In 2001, Crown Prince Haakon of Norway married Mette-Marit Tjessem Høiby, the daughter of a journalist and a single mother. In 2005, Crown Prince Felipe of Spain married Letizia Ortiz Rocasolano, a divorced television journalist. Crown Princess Victoria of Sweden married her personal trainer, Daniel Westling in 2010 and Prince William of Wales married Catherine Middleton, the daughter of self made millionaires in 2011.

In this climate, the wedding of the heir to the Grand Duchy of Luxembourg to a member of the Belgian noble house of Lannoy is reminiscent of both medieval and twentieth century royal marriages. The shift from titled to untitled marriage partners among Europe’s royal houses has been so complete that Stephanie will be one of only three royal consorts from the European aristocracy. The wedding between Guilaume and Stephanie has therefore captured the imagination of the people of Luxembourg and the wider world. This weekend’s royal wedding may be the last instance of an heir to a reigning house marrying a countess with a family chateau unless royal marriage trends change again in the coming decades.