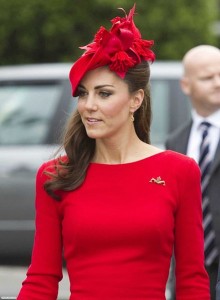 Lawyers representing the Duke and Duchess of Cambridge began legal proceedings today against Closer, a French tabloid that published photographs of the Duchess sunbathing topless on the terrace of a private estate in Provence. The royal couple is seeking an injunction to prevent the tabloid from reselling the images, lodging a criminal complaint with French prosecutors and seeking damages from Closer and the photographer who captured the images with a long lens.

Both French privacy law and public sympathy are on the side of the Duke and Duchess of Cambridge, who are currently in the Solomon Islands as part of a tour celebrating the Queen’s Diamond Jubilee. These legal proceedings have not prevented Irish and Italian tabloids from publishing the photographs but they send a powerful message that members of the royal family are willing to go to court to defend their right to a privacy. 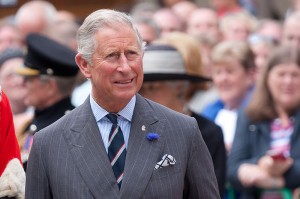 Prince Charles visiting the Island of Jersey in 2012.

Both of Prince William’s parents have experience defending their interests within the legal system. Prince Charles has been subjected to numerous invasions of his privacy concerning his relationships with Diana, Princess of Wales and the now Duchess of Cornwall. The Prince was even photographed through a window getting into the shower while staying a French chateau in Avignon, in 1994. The case that prompted legal proceedings from Prince, however, was the unauthorized publication of excerpts from his journals by The Mail on Sunday. These journals, which were leaked to the press by a former member of Prince Charles’ staff, contained personal observations of the 1997 British handover of Hong Kong to China in a volume entitled, “The Handover of Hong Kong, or The Great Chinese Takeaway.”

In contrast to the embarrassing personal revelations concerning Prince Charles, which had surfaced in previous decades, the publication of the journal entries called into question the heir’s ability to succeed to the throne as a politically impartial constitutional monarch. The Mail on Sunday was aware of the political significance of the documents in its possession and argued that the public had the right to know the Prince of Wales’ opinions on international affairs. In 2006, Prince Charles won his privacy suit against the Mail in Sunday as the judge ruled that the Prince’s presence at the handover of Hong Kong was a public event but the journals had not been written for public consumption. In common with the current legal proceedings initiated by the Duke and Duchess of Cambridge, the case involving Prince Charles’ journals attempted to establish the royal family’s right to a personal life outside their public role as representatives of the United Kingdom and Commonwealth.

Diana, Princess of Wales at the Cannes film festival.

Diana, Princess of Wales attempted to defend her privacy in 1993, when Bruce Taylor, the owner of her gym, LA Fitness, sold unflattering photographs of the Princess exercising to The Mirror.  The Princess had already received a high court injunction against Taylor and the Mirror Group of Newspapers preventing further publication of the pictures and sought to prevent the sale and publication of the photographs outside the United Kingdom.

The BBC reported at the time, “Princess Diana’s decision marks a new approach by the royal family, which has traditionally resisted using the law to hit back. She could become the first member of the royal family to testify in a courtroom since 1891 when the then Prince of Wales gave evidence for a friend in a libel action.” The case was ultimately settled out of court with Diana receiving an apology from the Mirror Group of Newspapers and an undisclosed the settlement that included her legal fees and donations to her charities.

While the BBC was correct to note that the royal family rarely initiated legal proceedings against the press, Diana’s case was not entirely unprecedented in the twentieth century. King George V began his reign in 1910 by initiating legal proceedings against a French journalist, Edward Mylius, who wrote that the King was guilty of bigamy, having reputedly secretly married the daughter of an Admiral in Malta two years before his public marriage to Princess Mary of Teck. Since this allegation threatened the royal succession, the King initiated proceedings against Mylius for criminal libel.

The prosecutor successfully argued that Mylius’s story was entirely fictional and the journalist was sentenced to twelve months in prison. Although the King expressed his willingness to take the stand to disprove the rumour, his attorney-general, Sir Rufus Issacs, advised that it would be unconstitutional for the King to give evidence in his own court. The monarch’s presence in the courtroom ultimately proved to be unecessary.

The Duke and Duchess of Cambridge’s current legal proceedings in France are the most recent example of the royal family defending its reputation in a courtroom setting. Both Prince William’s parents attempted to establish their right to private activities and opinions through the legal system, setting a precedent for subsequent cases involving the relationship between the monarchy and the press.