My chapter in Canada and the Crown: Essays in Constitutional Monarchy entitled “Royalty at Rideau Hall: Lord Lorne, Princess Louise and the Emergence of the Canadian Crown” has been cited prominently in a new book, The Making of Women Artists in Victorian England: The Education and Careers of Six Professionals by Professor Jo Devereux at the University of Western Ontario. 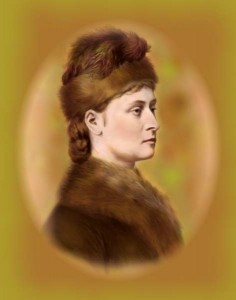 Princess Louise in Canada, dressed for an Ottawa winter.

In her analysis of Princess Louise, an accomplished painter and sculptor, Devereux states:

“On July 24, 1878, British Prime Minister Benjamin Disraeli invited the Marquess of Lorne to become Canada’s fourth Governor General, an appointment which, as Carolyn Harris points out, ‘reflected the long-standing personal relationship between Queen Victoria’s family and the newly self governing Dominion.’…Louise and Lorne could be said to embody for Canadians their continuing connection with the British monarchy, a connection that continues today in the style of the numerous royal visits to Canada, in the many regiments in the Canadian military named for Princess Louise, and in the fact that both the province of Alberta and Lake Louise, in Alberta are named for her.”

“The presence of Princess Louise and the Marquess of Lorne, their travels across this large country and their response to Canadian regionalism in the years just after Confederation in many ways helped define the future ceremonial visits to Canada by members of the British royal family that continue to this day. Carolyn Harris suggests that the ‘practice of royal visits encompassing the full range of Canadian geography was another precedent set in the nineteenth century that continues to shape the structure of royal tours of Canada.'”

Princess Louise was the first member of the royal family to visit the province of British Columbia, which will be toured by William and Kate, The Duke and Duchess of Cambridge and their children, Prince George and Princess Charlotte at the end of this month.

Click here to purchase The Making of Women Artists in Victorian England: The Education and Careers of Six Professionals

Click here to purchase Canada and the Crown: Essays in Constitutional Monarchy, which contains my chapter “Royalty at Rideau Hall: Lord Lorne, Princess Louise and the Emergence of the Canadian Crown.”