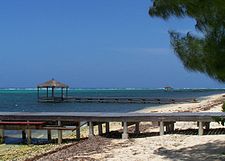 I leave for the Cayman Islands this Friday and will be there on holiday for Reading Week. That means there will be no further posts on this website until the end of February. It turns out I am not the only one leaving for the Caribbean later this month. The Buckingham Palace Press Office announced yesterday that the Earl and Countess of Wessex will be undertaking the first of the 2012 Diamond Jubilee Tours from February 21 to March 7, visiting numerous commonwealth nations and British overseas territories in the Caribbean. 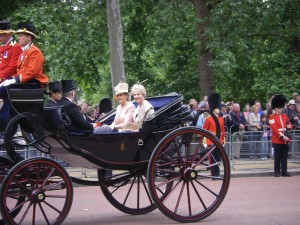 The itinerary consists of St Lucia; Barbados; St Vincent and the Grenadines; Grenada; Trinidad and Tobago; Montserrat; St Kitts and Nevis; Anguilla; Antigua and Barbuda. Highlights include the 50th Anniversary Independence Day celebrations in St. Lucia, a joint address from both houses of the Barbados parliament and a visit to sites affected by the recent volcanic eruptions in Montserrat.

The Cayman Islands are not part of the Earl and Countess of Wessex’s 2012 itinerary but they have received numerous royal visits in the past. The Earl of Wessex has visited on four separate occasions, participating in the Cayman Quincentennial celebrations in 2003, inspecting the damage caused by Hurricaine Ivan in 2004, touring the Islands in 2007 and meeting with residents of Cayman Brac displaced by Hurricaine Paloma in 2009.

Of course, the most famous royal visit to the Cayman Islands was that of Queen Elizabeth II and the Duke of Edinburgh in 1994 for the 200th anniversary of the Wreck of the Ten Sail. During the tour, the Duke asked a Caymanian, “Aren’t most of you descended from pirates?” The Islanders could have asked the royal visitors the same question as there were a few princely privateers active during the Golden Age of Piracy.

Prince Rupert of the Rhine

During the English Civil Wars of the 1640s, King Charles I’s nephews Prince Rupert and Prince Maurice of the Rhine served as commanders in the royalist army. In 1648, Rupert became commander of the royalist fleet and traveled with Maurice down the coast of Africa and across the Atlantic to St. Lucia, the Antilles and the British Virgin Islands, capturing Spanish galleons containing gold and silver and disrupting Oliver Cromwell’s ability to conduct overseas trade.

Maurice was lost at sea during a 1652 hurricane and Rupert returned to the exiled royalist court in France the following year. Although his exploits as a privateer had not been as profitable as the royalists expected, he split the treasure with his cousin, the future Charles II. Part of Rupert’s share of the profits contributed to the living expenses of his sister, Sophia, who ultimately became the mother of King George I and ancestor of everyone currently in the British line of succession. 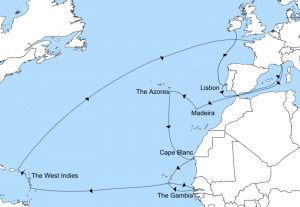 Map of Prince Rupert's travels as Commander of the Royalist Fleet

There will be more royal tours of the Caribbean in 2012 as Prince Harry visits Jamaica and the Bahamas and the Duke of Gloucester visits the British Virgin Islands to celebrate Elizabeth II’s Diamond Jubilee.