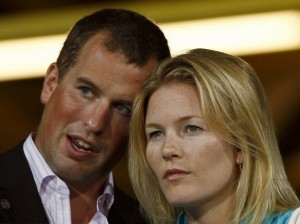 Queen Elizabeth II became a great-grandmother for the second time last Thursday with the birth of Isla Elizabeth Phillips, daughter of Princess Anne’s son, Peter Phillips and his wife Autumn. The couple also have an older daughter Savannah, who was born in 2010. Through her mother, baby Isla is the most recent member of the royal family with a direct Canadian connection. Autumn was born in Montreal in 1978 to Brian and Kitty Kelly. She graduated from McGill University in 2002 and met Peter Phillips at the Canadian Grand Prix in 2003.

Peter’s and Autumn’s 2008 wedding in St. George’s chapel, Windsor Castle drew attention to the terms of the 1701 Act of Settlement, which originally forbade the marriage of princes and princesses in line of succession with Roman Catholics. Autumn converted to the Church of England at the time of her wedding, allowing Peter to retain his status as 11th in line to the throne of the United Kingdom and sixteen commonwealth realms, including Canada. The Act was amended in 2011 to allow marriages between dynasts and Roman Catholics although the monarch must still be a member of the Church of England. 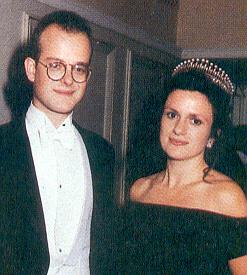 The Countess of St. Andrews with her brother-in-law, Lord Nicholas Windsor

Autumn Phillips is the most famous Canadian born member of the royal family but she is not the only one. The Countess of St. Andrews, wife of George Windsor, Earl of St. Andrews, the eldest son and heir of Queen Elizabeth II’s cousin, the Duke of Kent, was born Sylvana Palma Tomaselli in Plancentia, Newfoundland in 1957. Although her family left Placentia when she was a child, they returned to Canada when she was a teenager. The Countess completed her Bachelor’s Degree at the University of British Columbia and Masters Degree at York University before moving to England, where she met the Earl of St. Andrews. They were married in 1988 and have three children, Lord Edward Windsor (Lord Downpatrick), Lady Marina-Charlotte Windsor and Lady Amelia Windsor. Like Peter and Autumn Phillips, the Earl and Countess of St. Andrews do not carry out royal duties but attend special events within the royal family and the annual Trooping of the Colour Parade. In contrast to Autumn, the Countess retained her Roman Catholic faith at the time of her marriage and her husband and children were therefore excluded from the line of succession until 2011. 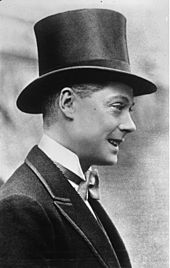 The future Edward VIII as Prince of Wales in 1932. Edward purchased the Bendingfield ranch near Pekisko, Alberta during a tour of Canada in 1919.

While the current Queen’s Uncle, King Edward VIII was born in London, England, he acquired personal property during his extensive travels in Canada. In 1919, he became the owner of the Bedingfield Ranch in Alberta. It became known as the EP ranch. As Anne Sebba discusses in That Woman: The Life of Wallis Simpson, Duchess of Windsor, Edward wrote to his mistress Freda Dudley Ward in 1919 that if she would come live with him on his ranch, “I’d never want to return to England; I’ve got thoroughly bitten with Canada and its possibilities. It’s the place for a man, particularly after the Great War, and if I wasn’t PofW. well I guess I’d stay here quite a while.” The Canadian people reciprocated Edward’s enthusiasm and perceived him as a uniquely Canadian Prince. The 1936 Abdication crisis features in numerous works of Canadian literature, most notably Fifth Business by Robertson Davies and Famous Last Words by Timothey Findley. The Duchess of Windsor would observe after 1936 that the largest proportion of the angry letters she received from around the commonwealth were authored by Canadians who blamed her for the Abdication of their King.

The newborn Isla Elizabeth Phillips is the most recent member of the royal family with a direct link to Canada. Her mother, Autumn Phillips and the Countess of St. Andrews were both born and educated in Canada while Edward VIII owned personal property in Alberta. Queen Elizabeth II is not only Queen of Canada but the head of a family with extensive Canadian connections.