Click here for Part 1 of this article: Royalty and the Atlantic World 4: The Duke and Duchess of Windsor’s Arrival in the Bahamas in 1940 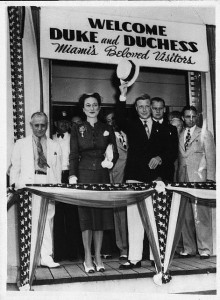 The Duke and Duchess of Windsor greet the crowds on their arrival in Miami, Florida on May 2, 1941

As the newly appointed Governor of the Bahamas in 1940, the Duke of Windsor found himself in a challenging role with conflicting public expectations. While the wealthy merchants of Bay Street, Nassau expected the the Duke to act as a figurehead who would attract tourism to the island, the impoverished inhabitants of the outer islands hoped that a royal Governor would have the authority to alleviate their living conditions. The Duke of Windsor was not pleased to be posted to the Bahamas for the duration of the Second World War but he was determined to fulfill the duties of the post and govern the islands independently rather than simply represent the interests of the Nassau merchants.

The Duke and Duchess of Windsor’s first concern was the state of their own residence, Government House, in Nassau. The house contained shabby furnishings dating from the Victorian era and was infested with termites. The Duke wrote to a previous Governor, Bede Clifford, “We found Government House quite inhabitable, and fled from the place after a week’s picnic and sand-flies to make room for Frederick van Zeylen [the Director of Public Works] and Mr. Sinclair the painter.” 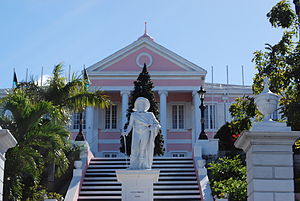 Government House in Nassau, the Bahamas

The question of where the royal couple would live during the renovations created controversy. The Duke favoured an extended visit to his ranch in Alberta but the British government did not favour this solution. Departure for Canada would create the appearance that the royal couple were abandoning the Bahamas within weeks of accepting the post. The Duke and Duchess ultimately accepted the hospitality of Canadian expatriate industrialist Harry Oakes, who hosted the royal couple at his mansion, Westbourne, in Nassau. 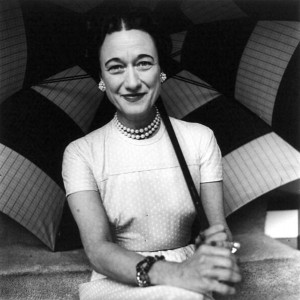 Undated photograph of the Duchess of Windsor by Toni_Frissell

The Duchess of Windsor devoted her energies to the renovation of Government House. She wrote to her Aunt, Bessie Merryman in September, 1940, “[T]ogether we are going to dish this shack up so that at least one isn’t ashamed of asking the local horrors here.” Improvements included modern decor with regency accents, wallpapers imported from New York and a fresh coat of paint, including a room painted the colour of the Duchess’s favourite face powder. The Bahamian House of Assembly authorized £2000 for the work on Government House but costs far exceeded this amount and the royal couple personally funded many of the renovations.

The Duke of Windsor found that it was easier to renovate his Bahamanian residence than address the longstanding social inequality on the islands. In a letter to his legal advisor Walter Monckton, the Duke explained “I have personally rarely seen such slums and squalor as exist in most of the native settlements and many of the Out Islands have no doctor at all. . .At the same time, I am afraid it will always be a struggle to get Bay Street to devote money to any project  that does not directly benefit themselves, and the colour problem is particularly acute and bitter.” The Duke set up an economic advisory committee to address these issues but his ability to improve conditions on the Out Islands was limited by the influence of the Bay Street merchants and his own paternalistic attitude toward Bahamians of African descent.

Nevertheless, at the time of the Duke and Duchess of Windsor’s departure from the Bahamas in 1945, one of the Duke’s fiercest critics in Nassau, Daily Tribune editor Etienne Dupuch wrote that he had become convinced that the Governor was “genuinely trying to do his best for the islands and the people – and especially for sections of the Colony that had long been neglected by selfish political interests centred in Nassau.” The Duke of Windsor’s Out Island development plan received £400,000 from the House of Assembly over the course of eight years for improvements to these impoverished regions. 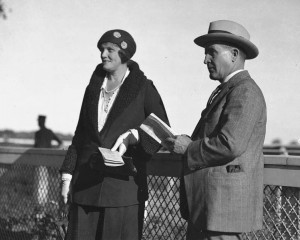 Harry and Eunice Oakes in Toronto in the 1930s

While the Duke of Windsor had good intentions toward the inhabitants of the Out Islands, he displayed poor  judgement during the investigation of the murder of Harry Oakes. On July 8, 1943, Oakes was found beaten to death at Westbourne. The Duke of Windsor suspected Oakes’s son-in-law, Alfred de Marigny, and called in two detectives from Miami to take over the investigation from the Bahamanian authorities. Despite the absence of clear evidence linking de Marigny to the murder of his father-in-law, the Duke of Windsor was convinced of his guilt, describing him as “an unscrupulous adventurer [with] an evil reputation for immoral conduct with young girls.”

Marigny was ultimately acquitted but deported from the Bahamas as “an undesirable alien” and fled to Canada, where he served in the Canadian forces in 1945. No other suspects were charged and Oakes’s murder remains unsolved. The Duke of Windsor’s interference in the case fuelled a number of unfounded rumours about the royal couple’s relationship with Oakes including speculation that Oakes and the Duke were involved in a German money laundering scheme or that Oakes was having an affair with the Duchess at the time of his murder. 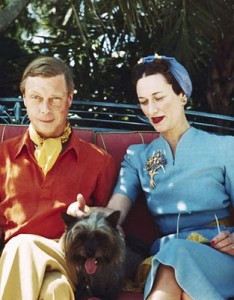 The Duke and Duchess of Windsor in Miami in 1941

At the time of Marigny’s trial, the Duke and Duchess of Windsor were in the United States, one of many visits made by the royal couple over the course of their tenure in the Bahamas. The Duke viewed fostering economic links between the United States and the Bahamas as part of his role as Governor but the British government was alarmed by his frank expression of what appeared to be defeatist sentiments during his American visits.

British Prime Minister Winston Churchill was dismayed when the Duke of Windsor appeared to question Great Britain’s ability to achieve victory over Hitler’s Germany in a frank interview with Liberty magazine in 1941. The Duke of Windsor met with President Franklin Roosevelt to discuss American investment in the Bahamas on a number of occasions but the royal couple’s visits to the United States during wartime received criticism because of their perceived defeatism and extravagant travel expenses.

The Duchess of Windsor believed that her husband’s term as Governor of the Bahamas had little chance of success from the outset. She wrote to Walter Monckton in 1940, “The place is too small for the Duke. I do not mean that in any other way but that a man who has been Prince of Wales and King of England cannot be governor of a tiny place. It’s not fair to the people here or to him. The spotlight is on an island that cannot itself take it and the appointment is doomed to fail for both concerned.”

The Duke of Windsor actually enjoyed some successes as Governor including securing funding for the development of the Out Islands and developing a closer relationship between the Bahamas and the United States. The Duke and Duchess of Windsor’s positive impact on the Bahamas, however, was overshadowed by the Harry Oakes murder mystery, which remains unsolved to the present day and their perceived defeatist sentiments during the Second World War.

2 thoughts on “Miami and a Murder Mystery: The Duke of Windsor as Governor of the Bahamas 1940-1945”