Planning a visit to the United Kingdom for Queen Elizabeth II’s Diamond Jubilee and/or the London Olympics this summer? Be sure to visit some of the fascinating exhibitions in honour of the Queen’s sixty years on the throne. Elizabeth II has been described as “The Curator Monarch” for opening the state rooms at Buckingham Palace to the public and authorizing numerous exhibitions of treasures from the Royal Collection. Visiting a Jubilee exhibition is a great way to celebrate the Queen’s reign and see some of the UK’s finest historic and cultural sites. 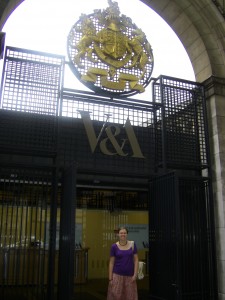 At the Victoria and Albert Museum in London in 2008. The British Galleries contain a fascinating array of royal memorabilia including the suit King James II wore to his second wedding.

The Victoria and Albert Museum in London curated the exhibition Queen Elizabeth II by Cecil Beaton: A Diamond Jubilee Celebration, which was on display there from February-April 2012. This collection of photographs of the Queen by royal photographer Cecil Beaton is currently on tour around the United Kingdom, on display in Dundee at the McManus Gallery from 30 September 2011 – 8 January 2012, at Leeds City Museum from 8 May – 24 June 2012, at the Norwich Castle Museum from 7 July – 30 September 2012, and at the Laing Art Gallery in Tyne & Wear from 13 October – 2 December 2012.

The exhibition includes some of the most iconic photographs from the Queen’s life including her earliest official portraits as a Princess, coronation photographs, family pictures with her children and the 1968 photo shoot for the National Portrait Gallery, which is also featuring a 2012 exhibition of images of the Queen. 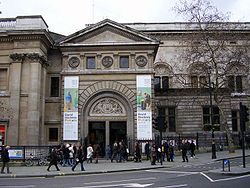 The National Portrait Gallery in London

The National Portrait Gallery’s Diamond Jubilee Exhibition, The Queen: Art and Image includes a diverse array of portraits of the Queen that encompass changing attitudes toward the monarchy during her sixty year reign. Coronation portraiture from 1953 focused on her regal splendour while studio photographers emphasized her youth and elegance. The 1960s and 1970s portraits are more informal, showing the Queen with her children and during relaxed moments on her travels.

In the 1980s and 1990s, the press became increasingly intrusive and sought images that implicitly critiqued the monarchy. The 21st century prompted a broad range of images that sought to capture the complexity of the Queen’s long reign. Royal history enthusiasts will also want to visit the National Portrait Gallery’s permanent collection, which contains images of royalty from Tudor times to the present. 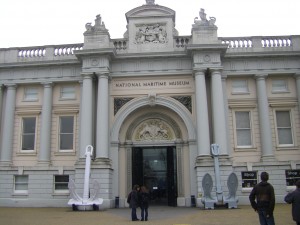 The National Maritime Museum in Greenwich

The National Maritime Museum in Greenwich is holding an exhibition complementing the Thames river pageant that will mark the culmination of the 2012 Diamond Jubilee festivities this June. Royal River: Power, Pageantry and the Thames includes objects from the Royal Collection to present the long history of royal pageantry on the Thames. Greenwich park also contains numerous other famous places from royal history including the Queen’s House, the site of the Tudor Palace of Placentia and the Ranger’s House.

Exhibitions of treasures from the royal collection are also on display in palaces throughout the United Kingdom. One of the most notable exhibitions is taking place at the Queen’s Scottish residence, the Palace of Holyroodhouse in Edinburgh, which is presenting more than one hundred of the finest works of art from the royal collection, in the Queen’s Gallery. Treasures from the Queen’s Palaces includes paintings by Rembrandt, Canaletto and Nash, drawings by Leonardo, Michelangelo, Raphael and Holbein, and Imperial Easter Eggs by Fabergé. Holyroodhouse itself has a long association with the royal family having been Mary, Queen of Scots’ principal residence as an adult monarch.

The palaces, museums and art galleries of the United Kingdom are celebrating Queen Elizabeth II’s Diamond Jubilee with a fascinating array of special exhibitions highlighting some of the most significant pieces from the Royal Collection. The accessibility of the works accumulated by centuries of monarchs demonstrates the Queen’s achievement as a “curator monarch,” bringing the Royal Collection to a wide public audience.