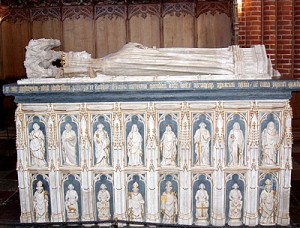 The second and most famous “Queen” of Sweden, Christina, was actually crowned King upon the death of Gustavus Adolphus during the Thirty Years War, in 1633. Before leaving on his military campaign. Gustavus Adolphus left instructions that his only child was to be raised as a Prince of Sweden and crowned King in the event of his death in battle. Known as “The Girl King” from her ascension at the age of six, she grew up to be a patron of Descartes and was determined to make Sweden the cultural capital of the North Upon assuming personal rule at the age of eighteen, she had conflicts with her ministers who expected her to marry and produce and heir. As Christina stated in her Memoirsshe felt “an insurmountable distaste for marriage” and  “an insurmountable distaste for all the things that females talked about and did.” She abdicated in 1654 in favour of her cousin, Charles Gustavus, scandalized Sweden by converting to Roman Catholicism, and continued her cultural patronage as a Queen in exile. Her life was later adapted into a Hollywood film starring Greta Garbo, Queen Christina. 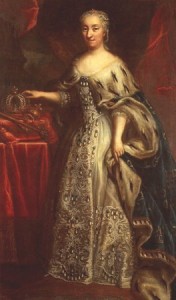