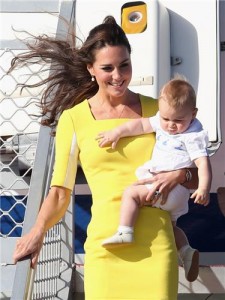 While I was on vacation this past week, CBC news published my interview about royal children and royal tours. Since the article was posted on Sunday, there have been reports that William and Kate, Duke and Duchess of Cambridge will bring their two children Prince George and Princess Charlotte on their official tour of Canada next month. My interview discusses the history of royal children on Commonwealth tours and the impact of the presence of royal children on popular attitudes toward the monarchy.

Click here to read: Will Prince George and Princess Charlotte come to Canada? The pressures of taking the royal children on a trip

My book on royal parenting, Raising Royalty: 1000 Years of Royal Parenting will be published by Dundurn Press in 2017.