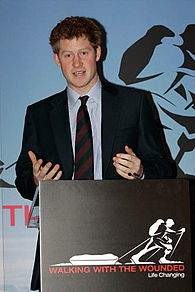 I discussed Prince Harry’s recent remarks about the monarchy with Janet Davison at CBC News. Here’s an excerpt from the interview:

“Harry’s comments about how the Royal Family is “involved in modernizing the British monarchy” and how “we are not doing this for ourselves but for the greater good of the people” also conjured up memories of his grandfather.

“I think there are very striking similarities to Prince Philip’s comments in Canada in the 1960s about how monarchy exists for the people rather than for the monarch,” says Carolyn Harris, a Toronto-based royal historian and author of the recently published Raising Royalty: 1,000 Years of Royal Parenting.”

Click here to read the full interview: “‘Bit of a loose cannon’: Why Prince Harry’s musings on the monarchy may not be so surprising after all” at CBC.ca