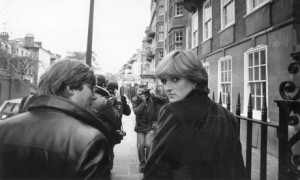 I discussed the life and legacy of Diana, Princess of Wales with the CBC and the Canadian Press for the 20th anniversary of Diana’s death in 1997.

Click here to read “The Diana myth: Why she haunts us still — 20 years after her death” at CBC News.

I will be interviewed about Diana on CBC Alberta at Noon on Thursday, August 31.