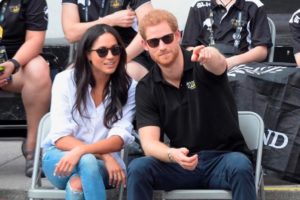 Prince Harry and Meghan Markle attended the Invictus Games wheelchair tennis event at Nathan Phillips Square in Toronto on September 24, their first official appearance together. I discussed the significance of this event with the Canadian Press. Here’s an excerpt from the interview.

“Some royal watchers had earlier suggested the couple would hold off on a public appearance together for fear of stealing the spotlight away from the Games, but Harris said their presence has, in fact, brought more attention to the event.

She said it is interesting that they chose to attend wheelchair tennis together, noting that tennis courts have been “the setting for royal events since the Middle Ages.”