Review: I have seen numerous film adaptations of A Christmas Carol (my favourite is Muppet Christmas Carol, which is hilarious, heartwarming and incorporates a remarkable amount of text from the novel) but nothing compares to the original. Dickens evokes the atmosphere of mid-Victorian London perfectly with its cold winters, fog and widespread poverty.

There are hints in the novel that the Cratchit family is in far more straightened circumstances than it is portrayed in many of the film adaptations, which makes the ending even more joyous for the characters. Bob Cratchit comes to work wrapped in a blanket because he cannot afford an overcoat, his elder daughter works long hours in a milliner’s shop and the Cratchit Christmas goose has to be taken to a bake shop because the family does not have the necessary kitchen to prepare the festive meal at home.

The novel also gives a good sense of how Scrooge came to be such an unpleasant figure as the disappointments of his past Christmases are recreated by the spirits in detail. The audiobook is well read by Tim Curry, who does an especially good job of bringing to life Scrooge himself and the succession of spirits who haunt him on Christmas Eve. An excellent holiday listen.

#346 of 365 The Christmas Hirelings by Mary Elizabeth Braddon

Review: A classic Victorian Christmas story with a few endearing characters and a heartwarming ending. I listened the the audiobook while wrapping presents and the tale is well read by Richard Armitage. The Christmas Hirelings by Mary Elizabeth Braddon, however, does not transcend its time in the manner of A Christmas Carol as it contains a variety of Victorian novel stereotypes without the evocative descriptions of the setting or original turns of phrase that characterize Dickens’s novels. In The Christmas Hirelings, there is a rich elderly gentleman who has become estranged from his daughter because he disapproves of her marriage, a stately home in need of Christmas cheer, three adorable children and a sudden medical crisis that precipitates the elderly man’s change of heart. These characters and plot developments have all appeared in other Victorian novels to a greater effect. A nice holiday listen but not especially memorable.

Review: “Good memories, happy memories also need to be honoured. We remember so much of the bad stuff and we are so careless with the good stuff.” Christmas Days: 12 Stories and 12 Feasts for 12 Days is a collection of holiday inspired essays, short fiction and recipes by Jeanette Winterson. I enjoyed the opening essay, which places Christmas and the wider need for light, feasting and community in the depths of winter within a broad historical and cultural context. Winterson encourages readers not to see Christmas as a routine holiday but a time to expect the unexpected, which is the theme of much of her short fiction, which includes talking snowmen, Christmas fairies with ipads, and medieval mistletoe murders.

The stories are really quirky and some are a little bit dark for the Christmas season and seem better suited to Hallowe’en. The sections about the recipes and what they mean to the author are quite joyous though and contain some thought provoking meditations on the holiday season. An interesting seasonal read with some chapters of greater interest to me than others.

Review: On January 2, earlier this year, I reviewed Book 18 in the No. Ladies’ Detective Agency Series, The House of Unexpected Sisters, and predicted that it would be the conclusion to the series. I am pleased to discover that I was wrong and the series has continued into a 19th installment, The Colors of All The Cattle. Alexander McCall Smith’s characters continue to be endearing and the series remains enjoyable to read. There is less attention devoted to Precious Ramotswe and her Detective Agency in The Colors of All The Cattle and more time devoted to secondary characters and plot lines including Charlie’s new girlfriend Queenie-Queenie and her bodybuilding brother Hercules, Grace Makutsi’s marital difficulties, and the city council elections in Gabrone. There are some nice introspective passages for Precious Ramotswe toward the end of the novel but the book ends quite abruptly, perhaps in anticipation of a 20th volume. 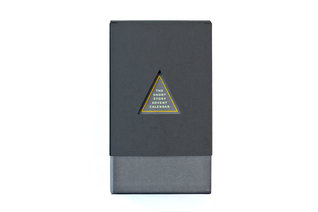 Acquired: Purchased from Hingston and Olsen

Review: An annual holiday tradition! I have read all four of the Short Story Advent Calendars since 2015 and I always enjoy being introduced to new authors and genres as well as reading a few seasonal stories close to Christmas. The 2018 advent calendar was an especially diverse collection that includes stories from a variety of different countries. There was a wide range of styles and characters as well. Highlights for me included “Sea Monster,” a tale of past lives, on December 1, “Mister Elephant” about childhood bullying on December 11, the Christmas Triptych of Stephen Leacock stories on December 20 and Christmas Eve, 1944 on Christmas Eve. The advent calendar concluded with a lovely story about the power of belief in Santa on December 25. I look forward to reading the stories in next year’s Advent Calendar!

Review: The Stranger from the Sea is the 8th book in Winston Graham’s Poldark series and it is set 10 years after the events of the 7th book (and the 4rd season of the television series). As a result, the book begins with a lot of recap of what has happened to the characters from the last book in the intervening decade. There are a number of key characters from the earlier books, including Verity, Drake, Morwenna, Sam and Rosina who are described as doing well but play little role in the Book 8.

After this underwhelming beginning, the novel develops an absorbing momentum of its own, focusing closely on Ross and Demelza’s children, and the financial and romantic misadventures of the aging George Warleggan. As always, Graham weaves the history of the times into his novels as the Napoleonic Wars continue and Jeremy Poldark becomes fascinated by potential uses for steam engines. There is some lovely writing about Ross and Demelza coming to understand their children as adults with distinct personalities that combine the qualities of their parents with some unique interests and traits as well. I look forward to reading the rest of the series.

Review: The Poldark series continues with The Miller’s Dance, which focuses on Ross and Demelza’s two elder children Jeremy and Clowance as well as Valentine Warleggan. Graham brings back some characters who were almost entirely absent from The Stranger from the Sea including Verity, Sam and Rosina (though Drake and Morwenna are once again described as doing well but never actually appear), and there is therefore more continuity between this novel and the first seven books in the series.

My favourite scenes include Clowance’s joy at the discovery of a Roman coin in one of her father’s mines and the talk of the War of 1812 (including the Battle of Queenston Heights) at the Truro races. In contrast, I would have preferred that Stephen Carrington had left the series at the end of Book 8 as I disliked the character and thought that too much of the story was centred around Stephen and his perspective in both Book 8 and Book 9. I look forward to reading the last three books in the series.