Queen Elizabeth II celebrates her 87th birthday today, April 21, 2013. The Queen is spending the day privately with her family at Windsor Castle. Tomorrow, the Queen’s birthday will be marked by the traditional 41-gun salute from the King’s Troop Royal Horse Artillery at noon tomorrow in London’s Green Park. The comparatively modest celebrations in honour of the Queen’s actual birthday contrast with the fireworks, parades and public holidays that accompany the sovereign’s official birthday, which takes place on various dates in different regions of the Commonwealth. The celebration of a monarch’s official birthday on a different date that the actual birthday dates from 1748 when the annual Spring Trooping the Colour became a celebration of the monarch as well as the military.

The earliest versions of the Trooping the Colour parade date from the Restoration of Charles II in 1660. At this event, regiments displayed their flags enabling all soldiers to recognize their regimental colours for use as a rallying point in battle. While the Trooping the Colour parade usually occurred during the warmer months of the year, the sovereign’s actual birthday varied, sometimes taking place at times that were less suitable for outdoor public celebrations. When the War of the Austrian Succession ended in 1748, the British Government decided to combine the celebration of the sovereign’s official birthday with the Trooping the Colour Parade. 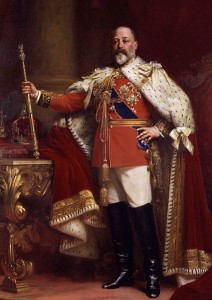 In 1901, King Edward VII, whose actual birthday was November 9, decreed that the Trooping the Colour should always take place in June, when the weather was more likely to be appropriate for an outdoor parade. Edward VII was also the first monarch to personally review the troops during the Trooping the Colour, attracting large crowds eager to see the sovereign parade down the Mall from Buckingham Palace after the decades of seclusion observed by the King’s mother, Queen Victoria.

The commonwealth nations have their own royal birthday traditions that often occur on different dates from both the sovereign’s actual birthday and the official celebrations in the United Kingdom. While the Trooping the Colour parade does not occur on a public holiday in the United Kingdom, a number of commonwealth nations observe the monarch’s birthday with a statutory holiday. 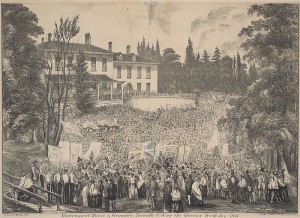 In 1845, the parliament of the Province of Canada declared Queen Victoria’s birthday, May 24, a public holiday. On the Queen’s 35th birthday in 1854, 5,000 residents of Canada West (now the province of Ontario) gathered outside Government House, (near King and Simcoe streets in modern day Toronto) to raise three cheers for Queen Victoria. After confederation in 1867, Victoria Day celebrations expanded to encompass picnics, fireworks, athletic events and torchlight parades. When Queen Victoria died in 1901, the Monday before May 24 remained a public holiday to honour the late sovereign for her role in Canada’s confederation. Victoria Day became Canada’s celebration of the reigning monarch’s official birthday with the ascension of Queen Elizabeth II in 1952. 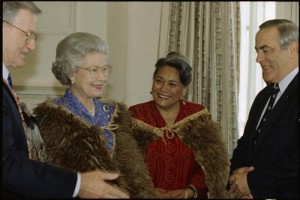 In Australia, the monarch’s birthday has been a public holiday since 1788. Australian celebrations took place on the monarch’s actual birthday until the death of King George V when all Australian provinces but one agreed to celebrate on the second Monday in June each year. The province of Western Australia is the exception, celebrating the Queen’s birthday on either the last weekend of September or the first weekend of October to avoid conflict with Western Australia day in June. Papua New Guinea and the Solomon Islands celebrate the Queen’s birthday at the same time as most of Australia while New Zealand observes the occasion on the first Monday in June. 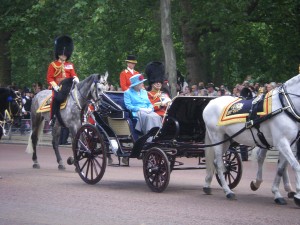 Changes to the observance of the sovereign’s birthday have been a source of controversy. When Fiji became a Republic in 1987, following a military coup d’etat, the new government bowed to popular opinion and retained the Queen’s birthday as a public holiday. In 2012, the military government of Commodore Frank Bainimarama abolished this occasion. Labour ministry spokesman Jone Usamate explained the unpopular decision to remove a public holiday, stating, “The Queen’s birthday’s importance disappeared from Fiji when we became a republic and now our status is an independent nation. There is a focus on more productivity and growth, so as a result the decision was made to cut down on the number of holidays in Fiji, as holidays can be a burden on business and government.”

In Bermuda, the Progressive Labour Party government announced plans in 2008 to eliminate the June Queen’s Birthday holiday and replace it with a National Heroes’ Day in October. The decision resulted in 2,000 of Bermuda’s 65,000 residents signing an online petition to save the public holiday. “Clearly, the removal of our sovereign’s birthday as a public holiday is inexcusable,” stated petition creator Cameron Hollis, calling the decision “a blatant insult to Her Majesty.” Despite the protests, the Queen’s birthday was abolished as a public holiday in Bermuda in 2009.

The Queen’s actual birthday is today, April 21, but celebration of her official birthday varies across the Commonwealth. While the Trooping the Colour does not occur on a public holiday in the United Kingdom, the monarch’s official birthday is a statutory holiday in many commonwealth nations. Attempts to change the status of the Queen’s birthday in British overseas territories, such as Bermuda, or former commonwealth realms, such as Fiji, have sparked controversy as the holiday honouring the monarch is popular in numerous regions of the world.