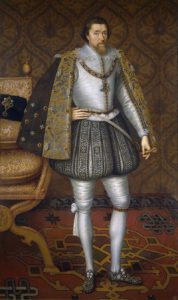 I discussed the history of royalty and same-sex relationships with Kayla Epstein at the Washington Post. Here is an excerpt from the article:

“Ordinarily, the wedding of a junior member of the British royal family wouldn’t attract much global attention. But Lord Ivar Mountbatten’s has.

That’s because Mountbatten, a cousin of Queen Elizabeth II, is expected to wed James Coyle this summer in what has been heralded as the “first-ever” same-sex marriage in Britain’s royal family.

Perhaps what makes it even more unusual is that Mountbatten’s ex-wife, Penny Mountbatten, said she will give her former husband away.

Who says the royals aren’t a modern family?

Though Mountbatten and Coyle’s ceremony is expected to be small, it’s much larger in significance.

“It’s seen as the extended royal family giving a stamp of approval, in a sense, to same-sex marriage,” said Carolyn Harris, historian and author of Raising Royalty: 1000 Years of Royal Parenting.“This marriage gives this wider perception of the royal family encouraging everyone to be accepted.””

Click here to read the full article, “The king and his husband’: The gay history of British royals” in the Washington Post.

Here in Canada, the article has also been featured in the National Post.