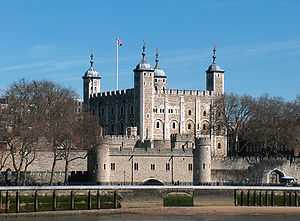 During the wee hours of November 6, 2012, Guy Fawkes night, an intruder broke into the Tower of London. The suspect scaled the front gate and an inner entrance then stole a set of keys from an unlocked metal safe before escaping. The stolen keys provided access to the conference room and restaurants and control the drawbridges. Although the suspect was seen on the security cameras by the yeoman warders, they have strict instructions not to leave their posts and additional security arrived too late to catch the intruder. The Metropolitan London police are currently investigating the theft but an arrest has not yet been made. 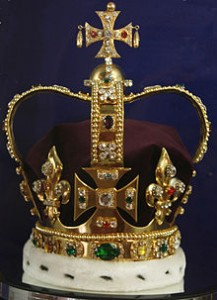 A copy of St. Edward's Crown, made in 1661 for the coronation of King Charles II and used in all subsequent British royal coronations

A spokeswoman for Historic Royal Palaces, which administrates the Tower of London and other former royal residences such as Hampton Court Palace was quick to reassure the public that the security of the Crown Jewels had not been compromised by the intruder. She stated, “It would not have been possible to gain access to the Tower with any of these keys. All affected locks were immediately changed.”

The theft has prompted criticism of the security arrangements in the Tower of London and questions concerning the safety of the Crown Jewels in this historic fortress. Despite the recent security breach, the Crown Jewels are more secure than they have been at any other point in English history. Previous sets of English Crown Jewels have been lost, used as collateral for unpaid troops, pawned to purchase munitions, broken down, very nearly stolen, threatened by fire, and damaged when handled by careless tourists. The comparatively recent provenance of the current Crown Jewels demonstrates the difficulty previous monarchs have experienced protecting their coronation regalia. 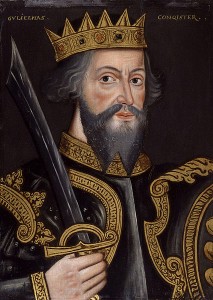 Undated portrait of King William I, "The Conqueror" wearing medieval coronation regalia that is no longer in existence.

King Edward the Confessor, the second last Saxon King before the Norman Conquest assembled the first known set of coronation regalia intended for subsequent monarchs. Following his death in 1066, the monks of Westminster Abbey, which had been commissioned by the late King, claimed that the jewels had been bequeathed to the Abbey. The original St. Edward’s crown attracted pilgrims who venerated the late King as a Saint, increasing the revenues for the monastery.

William I and his descendants who reigned from the Norman Conquest of 1066 brought their own coronation traditions and regalia from Normandy. William’s great-grandson, King John may have lost his Crown Jewels in 1216 when his baggage carts overturned in the Wash, the bay that separates Lincolnshire from East Anglia. Treasure hunters continue frequent the site to the present day, searching for the King’s lost crown.

John’s son, King Henry III venerated Edward the Confessor and was determined to be crowned wearing St. Edward’s Crown from Westminster Abbey. Henry III’s coronation revived Edward the Confessor’s tradition of regalia passed from one monarch to another but did not guarantee the security of the Crown Jewels. The Crown remained at Westminster Abbey in the care of the monks and was used as collateral by King Edward III when he found himself unable to pay his troops during the Hundred Years War. 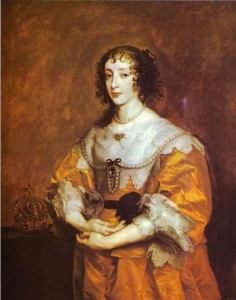 Queen Henrietta Maria, consort of King Charles I. The Queen pawned Crown Jewels in Holland and France during the English Civil Wars

The Crown Jewels worn by the medieval English monarchs were lost during the English Civil Wars of the 1640s. King Charles I required funds for mercenaries and munitions to support the royalist cause. His consort, Queen Henrietta Maria alleviated his financial difficulties by pawning Crown Jewels abroad when she traveled to Holland in 1642 to deliver her daughter, Princess Mary, to her son-in-law, Prince William of Orange.(Their son would become King William III of England in 1688).

A furious English House of Commons called for the impeachment of the Queen in 1643 on eight different charges including that she, “Hath to provide monies and arms, pawned and sold the jewels of this realm.” Following the final defeat of Charles I and his execution in 1649, the Lord Protector, Oliver Cromwell ordered the remaining Crown Jewels broken down to symbolize the collapse of the monarchy and augment his own state treasury. 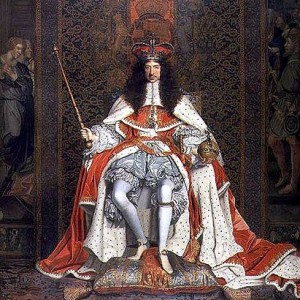 King Charles II at his coronation in 1661

In 1660, Charles I’s and Henrietta Maria’s eldest son, was invited to return to the British Isles as King Charles II. New regalia had to be created for his coronation in 1661 and the current St. Edward’s Crown dates from this time. To ensure the security of the new Crown Jewels, Charles II ordered that they be stored in the Tower of London, a traditional stronghold for royal valuables.

The more secure location did not prevent further threats to the security of the Crown Jewels. The keepers of the jewels relied on the income they received from charging visitors to view the coronation regalia and security standards for these early tourists were not as strict as they are today. In 1671, Irish anti-royalist “Colonel” Thomas Blood knocked the assistant jewel keeper, Talbot Edwards, unconscious with a mallet and seized Charles II’s crown, smashing the arches to hide it under his cloak. The theft was thwarted when Edwards’ son, Whythe arrived home for his sister’s betrothal at that very moment and chased Blood across the tower courtyard, finally apprehending him outside the gates and recovering the Crown Jewels. 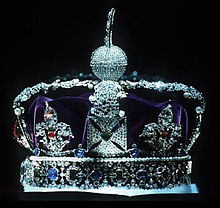 The Imperial State Crown, created for the coronation of King George VI in 1937. Queen Elizabeth II wears this crown each year for the state opening of Parliament.

Despite this unfortunate episode, visitors to the Tower of London were permitted to handle the Crown Jewels, for an additional fee to the warder, until 1815, when a woman later judged to be “insane” pulled apart the arches of St. Edward’s crown. In 1841, a fire broke out in a building adjacent to the jewel house, prompting a bucket brigade of yeoman warders to pass the regalia to safety. The Times of London reported ‘A most extraordinary scene presented itself, the warders carrying crowns, sceptres and other valuables of royalty, between groups of soldiers, police, firemen…to the Governor’s residence.’ The jewels were saved and restored to the Tower of London.