The future King Constantine II of Greece sailing in 1960. He won the gold medal in sailing (Dragon class) at the 1960 Summer Olympics in Rome.

On August 6, former King Constantine II of Greece presented the gold, silver and bronze medals to the winners of the Men’s Laser Single Hand Race in sailing in Weymouth. There have been royal spectators present throughout the sailing events of the 2012 London Olympic Games. Princess Anne and her husband, Vice Admiral Timothy Laurence as well as the Duchess of Cambridge watched the Men’s Laser Single Hand Race. On August 5, King Constantine, Princess Anne, Vice Admiral Laurence and Crown Prince Frederik of Denmark attended the Men’s Finn Medal Race in Sailing. Princess Anne and King Constantine presented the medals to the winners.

King Constantine and Queen Anne Marie of Greece arrive at the wedding of Crown Princess Victoria of Sweden in 2010.

King Constantine not only presented sailing medals as a longstanding member of the International Olympic Committee but as one of the most successful royal athletes at the modern Olympic Games. As Crown Prince of Greece, he received the gold medal in sailing (Dragon Class) at the 1960 Summer Olympics in Rome with his elder sister, Princess Sofia, the future Queen of Spain, serving as a reserve for the Greek team. When the former King returned to Greece for the 2004 Athens Olympics, he stated in an interview with Katie Couric, “Getting the gold medal, it was the greatest feeling in my life, other than getting engaged to my wife. And to hear the national anthem of your country, and you know you are not doing it for yourself, you are doing it for your country, is very important.”

When sailing, or yachting as it was termed until 1996 Games, was introduced as an event at the first modern Olympic Games in 1896, Europe’s most prominent royal families were known for their personal flotillas. At the 1896 Cowes Regatta on the Isle of Wight, Kaiser Wilhelm II of Germany’s yacht, Meteor II defeated the future Edward VII’s yacht Britannia, prompting the Prince of Wales to withdraw from yacht racing for a few years. In this environment of intense competition at sea between Europe’s royal families, it is unsurprising that Olympic yachting events attracted titled athletes. Prior to the First World War, European aristocrats involved in Olympic yachting events included members of the Swiss Pourtales family including Helene de Pourtales, the first female Olympic medalist in 1900. 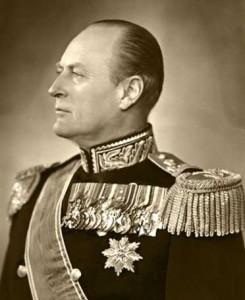 King Olav V of Norway, who received a gold medal in yachting in the 1928 Amsterdam Olympics.

In 1928, Crown Prince Olav of Norway, a nephew of King George V of Great Britain received a gold medal in the six metre class yachting at the Amsterdam Olympics. As King, Olav remained an active sailor into his old age. His son Harald, the current King of Norway, also competed in Olympic yachting events as Crown Prince in 1964, 1968 and 1972. His son, Crown Prince Haakon and his wife, Crown Princess Mette-Marit, who are both sailing enthusiasts, are attending events at the 2012 Olympic Games.

In common with the Norwegian royal house, Olympic sailing is a family affair within the Spanish royal family. The future King Juan Carlos competed in the Dragon Class yachting in the 1972 Olympics, finishing in fifteenth place. Two of King Juan Carlos`s and Queen Sofia`s children have also competed in Olympic level sailing. Infanta Cristina participated in the 1988 Seoul Olympics, the first Games to feature separate men’s and women’s events in the yachting competitions. Her brother, Felipe, Prince of the Asturias, is the most successful Spanish royal Olympic sailor, placing sixth in the Soling Class event at the 1992 Barcelona Olympics. Although Queen Sofia attended the Opening Ceremonies in 2012, her children have not been among the numerous members of Europe`s royal houses in the London audience. 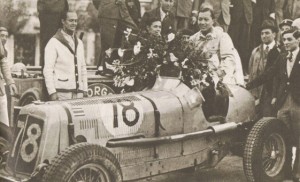 The Chakri dynasty of Thailand also boasts an Olympic level sailor. Prince Birabongse Bhanudej Bhanubandh, a grandson of King Mongkut of Siam (best known as the King dramatized in the Rogers and Hammerstein musical The King and I) represented his country in the Olympic Sailing events of 1956, 1960, 1964 and 1972. His best result was 12th place in the Star Class at the 1956 Melbourne Olympics, which were opened by Prince Philip, Duke of Edinburgh. Prince Birabongse was also a Formula One race car driver, making him one of the rare athletes to compete in both the Olympics and the Formula One Championships.

The sailing competitions are the Olympic events that have attracted the greatest number of royal athletes in the past century. The presentation of the 2012 Olympic sailing medals by the former King Constantine of Greece is the latest example of longstanding royal involvement in Olympic yachting and sailing.

For further information about royal athletes at the Modern Olympic Games, see my recent article in the Kingston Whig Standard.