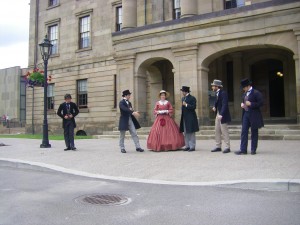 Charlottetown, the capital of the province of Prince Edward Island is best known as the setting of the 1864 Charlottetown conference where the representatives of the various British North American colonies gathered to discuss the confederation of the Dominion of Canada. The union of these colonies into a single self governing Dominion was controversial in the 1860s, as the annual summer performances by the Confederation Players demonstrate to modern visitors to Charlottetown. Actors playing the Fathers of Confederation defend their proposal while other actors portray skeptical Prince Edward Islanders who fear they will pay higher taxes and lose their regional autonomy in a united Canada.

Peake’s Wharf at the foot of Great George St. The Canadian delegates lodged on the steamer that brought them to Prince Edward Island as there was not any available accommodation in town due to a visiting circus.

The meeting in Charlottetown was originally a gathering of the Premiers of the Maritime Provinces, New Brunswick, Nova Scotia and Prince Edward Island to discuss the possibility of a Maritime Union. Representatives from the United Province of Canada including future Prime Minister John A. Macdonald, George-Etienne Cartier and George Brown saw the event as opportunity to discuss a wider Canadian confederation and invited the themselves to the meetings. There were no documents signed during the Charlottetown Conference but there was enough interest in the union of the provinces for a second conference to be planned for the following month in Quebec City. 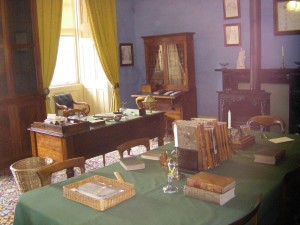 The original furniture from the Charlottetown Conference is still on display in Province House.

The Provincial Representatives were divided by geography, economy, language and culture but they shared a common loyalty to the crown, personified by Queen Victoria. The layout of Charlottetown, which was founded in 1764, demonstrates the degree to which British North Americans valued the monarchy as a unifying institution. The town’s name honours King George III’s consort, Queen Charlotte and nearly all the streets including King, Queen, Prince, Great George, Fitzroy and Kent honour members of the royal family.  When the negotiations for Canada’s confederation threatened to unravel over the course of the Charlottetown and Quebec Conferences, John A. Macdonald evoked the crown’s authority and influence as a means of unifying the varied interests of the colonies.

As Richard Gwyn discusses in the first volume of his masterful two part biography of Macdonald, John A: The Man Who Made Us, “The potency of the ethic of loyalty, conjoining as it did an earthly sovereign with a heavenly one and a rule of law, was overwhelming. It made Canadians not just proud to be who they were (and not to be Americans) but ebulliently, braggartly proud. There was not the least shyness about Canada’s loyalty. Flags were waved, songs were sung and public figures competed in their expressions of devotion to Crown and Queen (Gwyn, p. 366).” 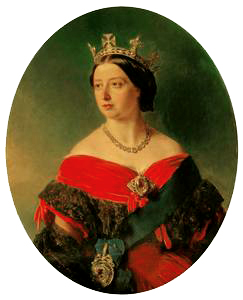 When the Maritime Provinces threatened to abandon the Confederation negotiations, Macdonald traveled to London to discuss Canadian unity with Queen Victoria. The Queen’s reception of Macdonald and the other members of the Canadian delegation and encouragement of confederation provided the necessary incentive for the premiers of New Brunswick and Nova Scotia to join a union that they still regarded with skepticism.  The Dominion of Canada, initially consisting of the four provinces of Ontario, Quebec, New Brunswick and Nova Scotia came into being on July 1, 1867.

Queen Victoria’s birthday was a public holiday in the Province of Canada from 1845. After her death in 1901, the Canadian government declared May 24 “Victoria Day,” a holiday to remember the Queen and her role as a “Mother of Confederation.” Queen Victoria’s political influence and leadership united the diverse interests of Canada’s provincial premiers, making the founding of the Dominion of Canada possible in 1867.

Next Week: Royalty in the Novels of Lucy Maud Montgomery

2 thoughts on “The Royal History of Canada’s Maritime Provinces Round 3: Queen Victoria and Canada’s Confederation”