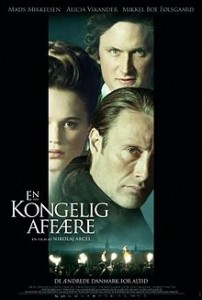 The 2012 Danish film, “En Kongelig Affaere,” released in English speaking countries with subtitles as “A Royal Affair” is inspired by the life of Dr. Johann Struensee, who became personal physician to King Christian VII of Denmark and lover to his wife, Queen Caroline Mathilde, youngest sister of King George III of Great Britain. The film contains excellent performances and production values and has been nominated for Best Foreign Language film at the 2013. At the centre of the story is Caroline Mathilde, who risks her position and access to her children by becoming involved with the royal physician and contributing to his political influence over the King.

Caroline Mathilde’s bold decision to take control over her personal and political destiny may appear unusual for a Princess raised to expect a dynastic marriage but the Queen of Denmark’s affair was part of broader pattern of royalty questioning the value of politically motivated unions in the eighteenth century. As romantic marriage became an increasingly popular ideal during the Enlightenment, Princes and Princesses critiqued their own arranged marriages and searched for opportunities to engage with the new ideals of personal fulfillment and autonomy.

One of the most articulate critiques of dynastic marriage in the late eighteenth century, was provided by Caroline Mathilde’s brother-in-law, Charles William Ferdinand, Duke of Brunswick. The Duke explained to the German writer Massenbach, “Only private persons can live happily married, because they can choose their mates, Royalty must make marriages of convenience, which seldom result in happiness, Love does not prompt these alliances, and these marriages not only embitter the lives of the parties to them, but all too frequently have a disastrous effect upon children, who often are unhealthy in mind and body (Reprinted in Flora Fraser, The Unruly Queen: Life of Queen Caroline, p. 15).

The Duke of Brunswick spoke from personal experience. He was indifferent to his wife, Princess Augusta of Great Britain, three of their four sons were declared unfit for military service, and their daughter, Caroline of Brunswick became renowned for her eccentricity as consort of the future George IV of Great Britain. The Duke and Duchess of Brunswick were Caroline Mathilde’s most supportive relatives when her affair with Dr. Struensee was discovered, visiting her in Celle after her expulsion from the Danish court. 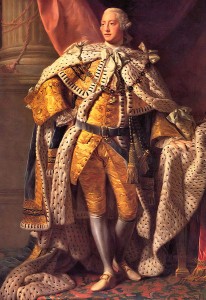 King George III at his Coronation

King George III was not nearly so sympathetic to his sister’s plight. The King put aside his own romantic feelings for Lady Sarah Lennox to make a suitable dynastic marriage to Princess Charlotte of Mecklenburg-Strelitz. “I am born for the happiness or misery of a great nation,” the King wrote, “and consequently must often act contrary to my passions (Stanley Ayling, George the Third, p. 54).George III’s acknowledgement of his “passions” demonstrated that even the most traditionally minded monarch of the late eighteenth century had been influenced by Enlightenment ideals of personal fulfillment.

King George was appalled that his siblings did not share his interest in self sacrifice for the good of crown and country. When his brothers married commoners against his wishes, the King enacted the Royal Marriages Act of 1772, decreeing that all male line descendants of King George II must have the monarch’s permission to make a legal marriage. The Act affected the legality of centuries of royal marriages and is currently in the process of being abolished as part of the 2012-2013 Royal Succession reform bills in the United Kingdom and Commonwealth. For more information about George III’s siblings and their marriages, see A Royal Affair: George III and his Troublesome Siblings. 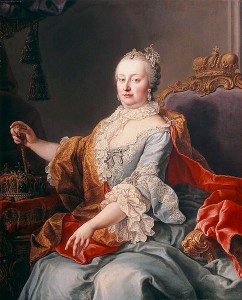 British Princes and Princesses were not the only royal personages seeking personal fulfilment in the time of the Enlightenment. Empress Maria Theresa of the Hapsburg Empire allowed her favourite daughter, Archduchess Maria Christina to marry the man she loved, Prince Albert of Saxony, Duke of Teschen but expected her other daughters to make dynastic marriages to Europe’s Roman Catholic rulers.

The Empress’s younger daughters found their political marriages difficult to accept. Archduchess Maria Amalia became estranged from her mother after she was forced to put aside her feelings for a minor Bavarian Prince to marry Ferdinand, Duke of Parma in 1769. Although Maria Theresa’s youngest daughter, Maria Antonia (Marie Antoinette) eventually managed to create a harmonious marriage with her husband, King Louis XVI of France, she developed a strong romantic attachment to the Swedish courtier Axel von Fersen and allowed him to influence her politically after the outbreak of the French Revolution in 1789. 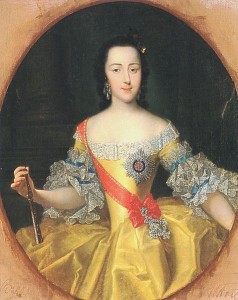 Perhaps the most successful example of an Enlightenment Princess taking control of her political and personal destiny was Princess Sophia of Analt-Zerbst who became the Russian Empress Catherine II “the Great” in 1762. Her husband, Emperor Peter III, had much in common with Caroline Mathilde’s husband, King Christian VII of Denmark. Like Christian, Peter had been abused by his Governor as a child and retreated into an inner fantasy world. Both Peter and Christian neglected their wives and exhibited symptoms of mental instability but were capable of initiating unprecedented political reforms.

Catherine had better political instincts than Caroline Mathilde and waited until Peter III had alienated the military and the Russian Orthodox Church before staging a coup with the assistance of her lover, Gregory Orlov. As an Empress dependent on the support of the nobility, military and church, Catherine was unable to implement the full range of her Enlightenment ideals in the political realm but achieved autonomy over her personal life that was unknown to the other princesses of the late eighteenth century.

Queen Caroline Mathilde of Denmark’s romance with Dr. Johann Struensee, which was dramatized in the 2012 film, “A Royal Affair,” was in keeping with the impact of Enlightenment ideals on late eighteenth century royalty. Caroline Mathilde and her contemporaries questioned the value of dynastic marriage. While her brother King George III sacrificed his personal feelings to make a traditional royal marriage, a number of other royal personages influenced by Enlightenment ideals sought personal fulfillment and autonomy with varying degree of success.