Eleanor of Castile, consort to King Edward I of England, traveled further than most medieval queens, living in five different countries and going on crusade. She exerted political and cultural influence over the English court and was part of one of the most successful marriages in royal history. Despite her varied life, achievements and forceful personality, Eleanor of Castile is little known today. Sara Cockerill has written the first full length popular biography of this enigmatic medieval queen, Eleanor of Castile: The Shadow Queen

. Here, Cockerill discusses how she discovered Eleanor of Castile and how she brought this little known queen out of the shadows:

Carolyn Harris: You have been researching Eleanor for Castile in your spare time for 10 years. How did you become interested in this particular queen?

Sara Cockerill: It was really via her husband, Edward I.  I had read the romantic Victorian accounts of Eleanor, and thought that, if they were true, it seemed a bit odd that Edward I should have been so devoted to her.  Then, as I started to read more about Edward, the odd bits of information that cropped up about Eleanor actually raised more questions than they answered.  As I started to delve into the material on Eleanor herself, I just got hooked, and started to think it was outrageous that no-one had written a biography of her for a general readership before. 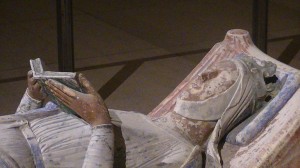 CH: Eleanor of Aquitaine is one of the most famous women in history but her descendant Eleanor of Castile is little known. Why is Edward I’s consort so obscure?

SC: Well, my own view is that this was entirely deliberate.  The English crown had passed through a very difficult period in the mid 1200’s during which a very assertive queen, Edward’s mother, Eleanor of Provence, had become so unpopular that the citizens of London made a bit of a stab at lynching her.  An overtly assertive queen was therefore never going to go down well – and an overtly assertive foreign queen, in a climate where “aliens” had become the target of much political hostility, still less so. 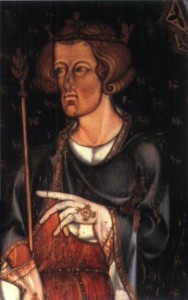 Edward and Eleanor therefore decided that it was best that she didn’t make her influence or her assertiveness too generally known. For public consumption she was simply the devoted queen who accompanied Edward everywhere.  Which of course was, usefully, a strand of the truth.  The fact that she was an intellectual powerhouse, whose business drove quite a lot of Edward’s movements around the country, was something people didn’t need to know – and would probably never work out.  The only hints at the truth came in contemporaneous letters and documents concerning the inquest into her property, first really considered in the nineteenth century, which showed that Eleanor ran a property empire – and ran it with an extremely firm hand.

CH: Agnes Strickland thought Eleanor was meek and retiring. Lisa Hilton thought she was bad tempered and unpleasant. Why are the few biographical sketches of Eleanor so different from each other? Who is the real Eleanor? 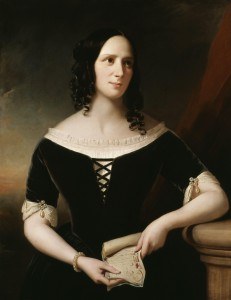 Agnes Strickland, author of Lives of the Queens of England from the Norman Conquest

SC: Most certainly Hilton is nearer the mark than the Victorians who had Eleanor down as a bit of a sap – but I think she is also quite far from the truth.  The reason for the different views of Eleanor is really a succession of historical accidents.  The romantic side, fed by the survival of the Eleanor Crosses, came from some poetic exaggerations about Eleanor after her death – sometimes fueled by a political agenda.  The more modern view of Eleanor amongst scholars has equally been fueled by the fortuitous survival of the records concerning the inquest into the running of her properties after her death, and a few rather trenchant letters by the Archbishop of Canterbury about – again – her business practices.  Since these are rather negative, and make up the bulk of the surviving direct testimony, it is not surprising that a negative view of her developed.

The real woman that I have found is rather different.  She was a vibrant, energetic woman with many interests, and a woman who was considerate of those around her and generous to those she loved.  But at the same time, she was a very competent, successful businesswoman who very much disliked inefficiency, or being thwarted; and was capable of really letting rip when she was displeased.  All in all, I find her a very real, and surprisingly modern, figure. 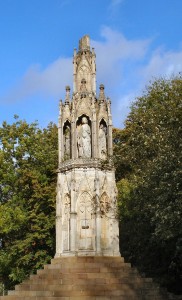 The Queen Eleanor Cross at Northampton

CH: Edward I reissued the Magna Carta during his reign. Did your law background inform your research about Eleanor’s life and times?

SC: Yes and no.  I didn’t come to the story as a lawyer, looking for the legal spin.  However I did find things which resonated with me as a lawyer.  I found the legal aspect of the transition from dower to dowry and the treatment of dower fascinating – and revelatory. And the parallels between the Castilian approach to legal structures in resettling new territories and that adopted by Edward in Wales also struck me forcibly. But I think there is still much work to be done on looking to see if Eleanor’s fingerprints are to be seen in other aspects of Edward’s legislative programme.

CH: What’s the most surprising thing you learned about Eleanor of Castile?

SC: I’m tempted to say just how much more substantial and forceful a person she was than I expected; and that certainly was a big surprise.  I was ready to find that the woman who won Edward I’s devotion was no milk and water girl, but the sheer range of her accomplishments, her energy, her vibrancy, her force – that, I was not prepared for.  But actually really the most surprising thing to me in the end, was given that range of interests and achievements, how successfully she had kept the traces of this dynamism from public knowledge.  It is one of the reasons that I have called her “The Shadow Queen” – she has deliberately obscured herself and hidden out of sight, so that only glimpses of different aspects of her personality can be seen. 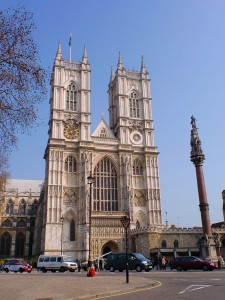 CH: Where did your research take you? To what degree did you follow in Eleanor’s footsteps?

SC: Sadly, with research having to be fitted around my job, I didn’t get to do the full tour of the places Eleanor knew from childhood, or follow her on crusade.  A number of her properties were familiar to me from holidays – and romantic weekends in the Cotswolds – and I had also visited a number of the Gascon venues as an Edward I fan.  Dover Castle and the properties in Kent are close by for me – I often cycle past Wallett’s Court, known to Eleanor as the manor of Westcliffe, and caught some great photos there just the other day.  Mostly, though, my research was confined to the British Library, with the occasional foray to the National Archives.  But I had a wonderful trip to pay homage at the surviving crosses, and I have paid a few visits to Eleanor at Westminster Abbey.

CH: What are your plans for future books?

SC: There is nothing absolutely firm yet, but I have a fairly substantial list of things which I would like to do.  One day I would like to know another medieval queen as well as I have go to know Eleanor.  But I am not planning to commit to another big biography quite yet – because I can’t work at it full time, I need to be very sure about a project of that size.

At the moment I’m looking at a rather shorter book concerning the development of knighthood and chivalry, showing the forces which brought it into being, and shaped it into what it became and also showcasing some amazing people and their stories as illustrations of those themes.  I got interested in the idea while writing about Eleanor.  I was very struck by the looming figures of William Marshal and Jean de Brienne who became respectively the greatest man in England and the King of Jerusalem and Emperor of Constantinople through their knightly prowess.  And Eleanor’s own contact with the institution showcases a number of aspects of the developing institution – the fading of the social mobility theme, alongside the changing nature and role of tournaments, the increasing Arthurian and literary links,  and also the administrative importance which the institution acquired, and which Edward and Eleanor promoted.  Whether I can pull it together in a way which will appeal to anyone but myself is the question, though!

: The Shadow Queen” by Sara Cockerill is available now in bookstores and direct from Amberley Publishing. ISBN: 9781445635897