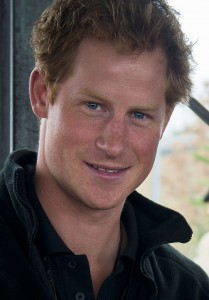 My latest article in the Canadian Encyclopedia is a profile of Prince Harry.

His Royal Highness (HRH) Prince Henry Charles Albert David of Wales, known by his nickname Prince Harry, is fifth in line to the throne of Canada, the United Kingdom and 14 other Commonwealth realms (born 15 September 1984 in London, United Kingdom). Prince Harry is a grandson of Her Majesty (HM) The Queen (Elizabeth II); the younger son of the heir to the throne, HRH The Prince of Wales (Prince Charles) and the late Diana, Princess of Wales; and younger brother of HRH The Duke of Cambridge (Prince William). Prince Harry is the founder of the Invictus Games, a series of athletic competitions for wounded, injured and sick armed forces personnel from around the world. The third Invictus Games will be held in Toronto in September 2017.