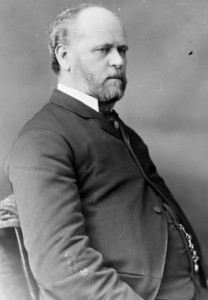 I have revised and expanded the Canadian Encyclopedia article on Peter Mitchell, Premier of New Brunswick at the time of Canada’s Confederation in 1867. Mitchell was one of the most colourful characters in 19th century Canadian politics. He distributed rum to electors on the campaign trail, determined the route of the Intercolonial railway by “force of character” and caused an international incident as Prime Minister John A. Macdonald’s minister of Marine and Fisheries by apprehending American fishermen in Canadian waters.

Click here to read the article on Peter Mitchell in the Canadian Encyclopedia.