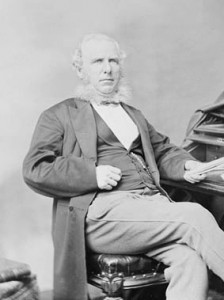 My most recent article in the Canadian Encyclopedia discusses Jonathan McCully, one of the Fathers of Canadian Confederation from the Province of Nova Scotia.

Jonathan McCully was a strong advocate of Confederation in the Nova Scotia press from 1864 to 1867, writing pro-Confederation editorials for the Halifax Morning Chronicle and Unionist and Halifax Journal. He attended the Charlottetown Conference and the Québec Conferenceas part of the Liberal delegation from Nova Scotia. After Confederation, McCully became a senator and a judge of the Nova Scotia Supreme Court.