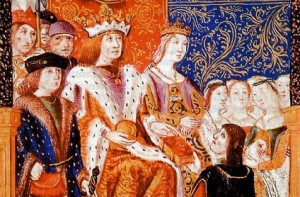 I am teaching an eight week course about Imperial Spain at the University of Toronto School of Continuing Studies on Tuesdays from March 15 to May 3, 2016 from 11am to 1pm. All are welcome

Ferdinand and Isabella transformed a united Spain into a world power, sponsoring Columbus’ voyages to the Americas and forming alliances with other European kingdoms. This new Imperial Spain had a dark side: the rise of the Inquisition, the expulsion of Spain’s Jewish population and the exploitation of the native peoples in the colonies. Gold and silver from the Americas made Spain’s rulers the richest in Europe until its Golden Age came to an end with the wars of the 18th century. Learn about the rise and fall of Imperial Spain and its lessons for politics and international relations today.