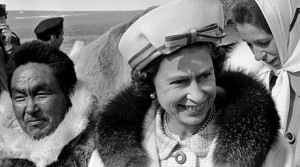 My column in today’s Globe and Mail, The Queen of Canada marks a special anniversary, compares the impact of Queen Victoria and Queen Elizabeth II on Canadian politics, history and culture. As female heads of state, their example encouraged other women to enter the political realm, campaigning for votes for women in Victoria’s reign and running for office in Elizabeth II’s reign.

I have also been interviewed by CBC.ca and Today.com about the Queen’s record reign.