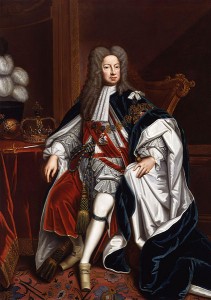 My article in today’s edition of Bloomberg Echoes, the Bloomberg News economic history blog, discusses the role of the South Sea Bubble of 1720 in the creation of the modern constitutional monarchy. King George I’s mistress, Melusine von der Schulenberg and half sister Sophia Charlotte von Platen were both received shares from the South Sea Company, circumstances that prevented the King from assuming a leadership role in the financial collapse that followed the Bubble. Instead, Robert Walpole, the First Lord of the Treasury assumed the role of “Prime Minister” to resolve the crisis, setting a precedent for the modern constitutional monarchy.