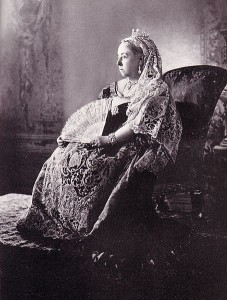 I discussed the campaign for women’s suffrage in 19th and early 20th century Britain and Canada with Ms. Suffragette, five University of Alberta Law Students who are blogging about the women’s suffrage movement.

In the interview, I discuss the differences between “suffragists” and “suffragettes” and how they were perceived differently over the course of the campaign for women to receive the vote.

I also discuss Queen Victoria’s opposition to women’s suffrage. Although Queen Victoria was the Head of State, she held traditional views about separate spheres for men and women and opposed women voting and running for public office. In contrast, her daughters were more sympathetic to women of all social backgrounds assuming a greater role in public life and supported philanthropic endeavors that improved women’s lives. Queen Victoria’s fourth daughter Princess Louise quietly received suffragists and was connected to prominent figures in the women’s suffrage movement.

Click here to read: “What exactly are “suffragettes”, and Why Did Queen Victoria Hate Them?” on the Ms. Suffragette blog