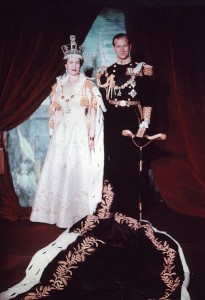 The History:  The ceremony did not only mark the beginning of one of the longest reigns in British and Commonwealth history. The Queen’s decision to allow the BBC Television Service to bring their cameras into the Abbey to film the coronation transformed the television from a curiosity to a household item. Hundreds of thousands of people purchased their first television set in the months preceding the broadcast. The friends and neighbours of these early adopters were introduced the new technology by attending coronation viewing parties, prompting a further spike in television sales in the months following the ceremony.

The coronation of Queen Elizabeth II transformed the television set from a technological curiosity to a consumer staple, revolutionizing the television industry worldwide. At 88, the Queen remains a strong influence over public perceptions of emerging technologies and industries. When the official British monarchy Facebook page went online in 2010, it received 40,000 likes within its first hour and introduced new users to social media. 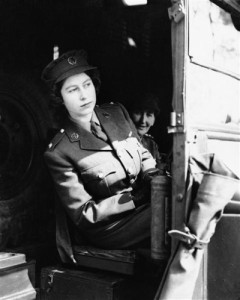 2) From June 5 to June 7, three generations of royalty: Queen Elizabeth II and the Duke of Edinburgh, the Prince of Wales and the Duchess of Cornwall and the Duke and Duchess of Cambridge will participate in the commemoration of the 70th anniversary of the D-Day landings in France.

The History: Queen Elizabeth II is the only current Head of State who served in the uniform during the Second World War. In 1945, eighteen year old Princess Elizabeth joined the Auxiliary Territorial Service, training as a mechanic at the Mechanical Transport Training Centre. As Second Subaltern Elizabeth Alexandra Mary Windsor, the future Queen learned to drive a truck, strip down engines and change tires. More than two decades later, the Queen recalled to Labour MP Barbara Castle that her wartime service was the only time in her life when she was able to measure her progress against that of her contemporaries.

Prince Philip served in the Royal Navy during the Second World War. In 1942, he became a Lieutenant  at 21 and was appointed second-in-command of the HMS Wallace, which took part in the Allied invasion of Sicily in July 1943. Philip then became second-in-command of  the HMS Whelp, and joined the 27th Destroyer Flotilla of the British Pacific Fleet. The HMS Whelp was present in Tokyo Bay when Japan formally surrendered to the Allies on 2 September 1945. 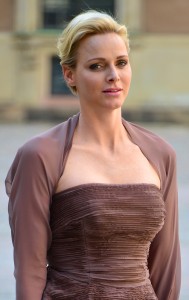 Princess Charlene of Monaco at the wedding of Princess Madeleine and Christopher O’Neill in June, 2013

3) Prince Albert and Princess Charlene of Monaco are expecting their first child at the end of this year.

The History: 56 year old Prince Albert of Monaco’s prolonged bachelorhood and childlessness prompted Princely Law 1.249, which defined the current order of succession in 2002. Between 1918 and 2002, the throne could only pass to direct descendants of the reigning Prince or Princess. As a result of the 1918 succession crisis, the Prince could adopt a child as heir. Albert’s grandmother, Princess Charlotte, Duchess of Valentinois, was the illegitimate daughter of Prince Louis II. Louis adopted Charlotte and made her his heir to prevent the principality from being inherited by his German cousin Wilhelm, a member of the House of Württemberg. According to the 1918 succession rules, if Albert neither fathered legitimate children nor adopted a child, Monaco could lose its independence and become part of France.

The 2002 succession reforms safeguarded Monaco’s autonomy. According to the most recent law of succession, the ruler’s siblings and their descendants are eligible to become reigning Princes and Princesses of Monaco. Albert’s heir became the elder of his two sisters, Princess Caroline. The 2002 succession reforms removed the provision for adoption of heirs. When Albert’s and Charlene’s child in born, the baby will be first in line for the principality. Since Monaco’s line of succession follows male preference primogeniture, a daughter has the potential to be superseded by any younger brothers who follow.