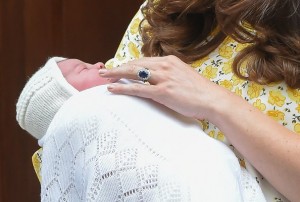 My interview with Melissa Dunne at Yahoo Shine Canada discusses the impact of royalty on baby name choices. Until the First World War, marriages between British royalty and foreign royalty made new names popular in the English speaking world. In medieval times, Eleanor and Isabelle entered England through royal marriages while the eighteenth century saw Caroline and Charlotte become popular girls names due to royal influence.

Royalty who resided in Canada for long periods of time had a unique impact on Canadian baby name trends. From 1878 to 1883, Queen Victoria’s daughter Princess Louise and her husband, Lord Lorne resided in Canada while Lorne was Governor General. The presence of Royalty at Rideau Hall made “Lorne” and “Louise” popular Canadian baby names in the late nineteenth and early twentieth centuries. (For more on Princess Louise and Lord Lorne in Canada, see the chapter I contributed to Canada and the Crown: Essays in Constitutional Monarchy

Click here to read “Royal baby: Will there be a boom of babies in Canada named after Princess Charlotte?”

For more on the royal impact on royal baby name trends, see one of my past articles on this site, “There’s something about Harry. The Royal Influence on Baby Name Trends”