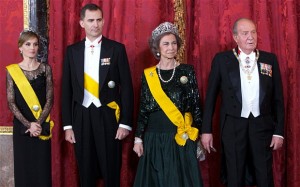 King Felipe VI of Spain’s sister, Infanta Cristina will face charges of tax fraud on Monday.  I was interviewed about the likely repercussions of the trial for Spain’s royal family by Alistair Dawber at the The Independent.

The charges against Cristina are contributing to a generational divide regarding support for the monarchy in Spain. As I discussed in a previous column, those who remember Francisco Franco’s dictatorship admire former King King Juan Carlos for managing a peaceful transition to a constitutional monarchy. In contrast, there are many younger people who view the monarchy as out of touch with current economic conditions in Spain. While King Felipe, Queen Letizia and their children are personally popular, the charges against Cristina and Juan Carlos’s 2012 elephant hunt damaged the reputation of the royal family.

I do not believe Cristina will resume a more prominent role in the royal family, even if she is acquitted of the charges. There is a general trend in Europe toward more streamlined royal families that emphasize the public role of the monarch and his or her consort and children instead of the larger royal families of the past where a wider circle of relatives would represent the monarch and perform public engagements.

Click here to read, Spain’s ‘wayward’ Infanta Cristina absent from annual military parade ahead of fraud trial in The Independent

Click here to enroll in my Spring course, “Imperial Spain” at the University of Toronto School of Continuing Studies