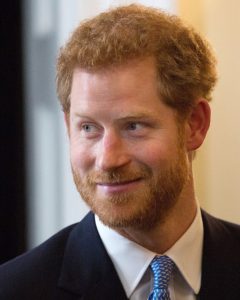 I discussed the preparations for the wedding of Prince Harry and Meghan Markle with Mishal Cazmi, in an interview at the Fairmont Royal York hotel, which has been published online by Hello! Canada and Chatelaine Magazine. The interview includes the wedding cake, the guest list, the bride’s family and the venue.

Here is an excerpt from the article:

“To set the record straight about Megan and Harry’s break with tradition, we tapped royal historian Carolyn Harris, who is well-versed in all things related to the crown. We caught up with Harris in Toronto, where she helped curate the window displays honouring the most iconic royal moments in the history of the Fairmont Royal York (everyone from Queen Elizabeth II to Prince Charles has passed through the hotel’s grand hallways) to celebrate the biggest wedding of the year.”

Click here to read “Just How Many Royal Wedding Rules Are Meghan And Harry Actually Breaking? We asked royal historian Carolyn Harris to weigh in on traditions the soon-to-be-wed couple will honour and the ones they’ll flush straight down the loo.” in Chatelaine Magazine

Click here to read Which traditions are Prince Harry and Meghan actually breaking at their royal wedding? in Hello! Canada