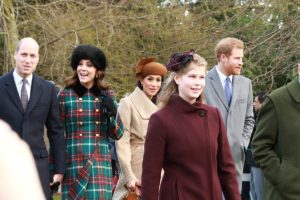 Here is an excerpt from the interview:

“In the 19th century, when foreign royalty was marrying into the Royal Family, sometimes political differences complicated personal relationships,” said Harris. Queen Victoria found herself banning dinner conversation about a conflict between Denmark and Germany because of personal tensions amid family members.

And then there’s the conflict that erupted with the arrival of Wallis Simpson, the twice-divorced American who was at the root of Edward VIII’s abdication from the throne in 1936.”

Click here to read ‘Duelling duchesses’ and a Game of Thrones script: Why the royal Christmas is under more scrutiny this year at CBC News