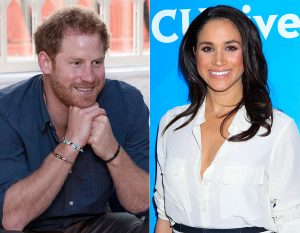 Further details regarding the upcoming wedding of Prince Harry and Meghan Markle were released today. The couple will be married at St. George’s chapel, Windsor Castle in mid-May. On the day the engagement was announced, I discussed Meghan Markle with Janet Davison at CBC News. Here’s an excerpt from the interview:

“One thing that Harry and Meghan have in common is their passion for humanitarian work,” said Carolyn Harris, a Toronto-based royal author and historian.

Harry, 33, is involved in causes ranging from support for mental health to his Invictus Games for wounded, injured and sick soldiers and veterans. Markle has worked with World Vision and the United Nations. She has travelled to Rwanda and advocated for issues ranging from clean water to rights for women and girls.

Click here to read ‘This feels very modern’: How Meghan Markle could nudge the House of Windsor into the future” at CBC News

I am also quoted in this National Post article “Why a grown prince asked his grandmother permission to get married and other burning Harry, Meghan questions”