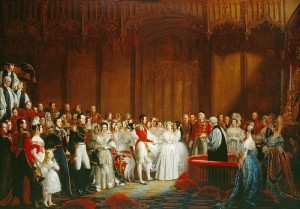 I discussed royal wedding traditions and preparations with Janet Davison at the CBC News Channel for the latest edition of the CBC Royal Wedding newsletter, the The Royal Fascinator. Here is an excerpt from the interview:

“Jump back to the 19th century, and you’ll see that royal weddings were riveting the public throughout Queen Victoria’s reign. She had nine children and they all married. She also lived long enough to attend the weddings of several grandchildren, says Toronto-based royal historian and author Carolyn Harris. After Victoria’s husband, Prince Albert, died in 1861, Victoria lived a relatively secluded life, says Harris, “so a royal wedding was a rare public opportunity to catch a glimpse of the Queen.”

Click here to read The Royal Fascinator: Pomp, pageantry and the PR spectacle of the royal wedding